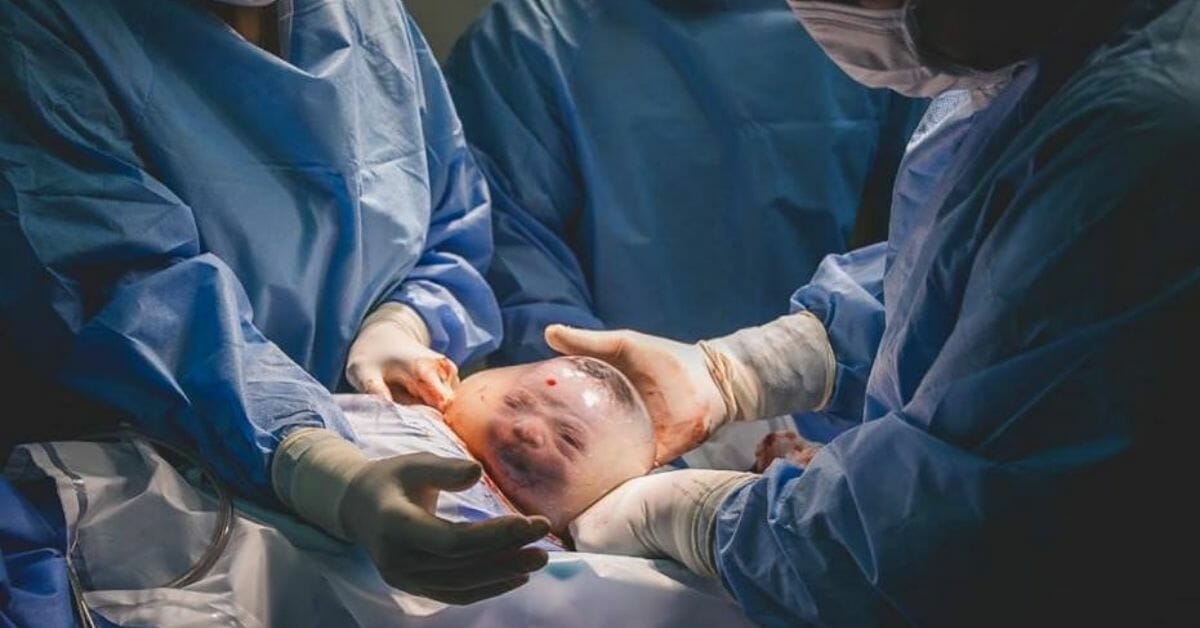 Giving birth to a child is always a miracle.

One of the most spectacular things about it is that, though it happens every single minute of every single day, almost no two deliveries are the same.

Jana Brasil is a photographer based in Brazil who captures the deliveries of babies in her area. Her job, as you might imagine, is vastly rewarding in terms of things she gets to experience, but it was earlier this year that she happened to photograph something that’s really, really rare: an en-caul birth.

This phenomenon takes place when a child is delivered still fully encased in the amniotic sac, or caul. It’s so rare, that it only happens in about 1 in every 80,000 child births. Put plainly, Brasil was incredibly fortunate to witness it. Trust us when we say that the resulting photos are unlike anything you’ve ever seen before.

During the birth, the baby can take on an almost alien-like appearance in the sac, though it’s completely harmless. The caul is easily removed by physicians or midwives, but that doesn’t mean it isn’t extremely cool to see!

The baby in this particular birth, Noah Valasco, was delivered at the Praia da Costa Hospital by c-section. He and his mother, Monyck, are both healthy and happy following the delivery.

The chances of having a caul birth via a C-section is even rarer than a natural birth, as the scalpel typically cuts into the sac in a C-section. That makes Noah’s birth that much more special.

Brasil’s photos have since been shared around the world due to the sheer magic in them.

“People all around the world are reposting the photos and looking for us. I saw him being born. They lowered the screen so I could see. I cried a lot. It’s an emotion that has no size,” mom Monyck said to the media.

Sending all our congratulations to those involved, we’re sure Noah will grow up into a special boy.