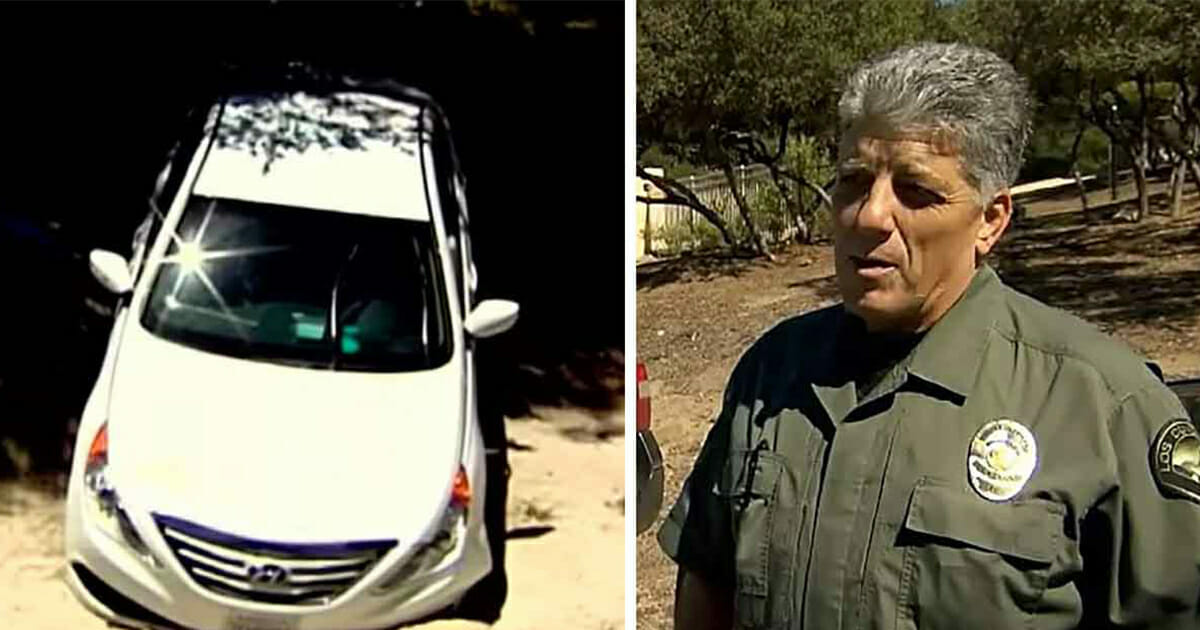 That’s something Dianna Bedwell and her husband Cecil Knutson were left to find out the hard way when they drove into the desert and got stuck in the sand.

After two weeks, and a series of tragic events, Dianna thought all hope was lost. That’s when a guardian angel came to her rescue.

Dianna Bedwell and husband Cecil were on the way to their son’s house in California. While on the road they stopped at a casino, and, after leaving, Cecil decided to take a shortcut through the desert.

It would turn out to be a fatal mistake.

Stuck in the desert

Cecil and Dianna drove down a narrow road for several miles, but when they hit a curve things went wrong. The car came off the track and came to a halt after hitting a railing. It got stuck where it was, unable to be moved.

The couple were therefore trapped in the desert with no way of contacting people for help. They had only a net of oranges in their luggage – the fruit had to keep them alive.

Minutes became hours, hours became days. After a week, Dianna’s worst fears were realised when Cecil died as a result of his severe diabetes. Dianna was left alone, isolated and afraid.

Her battle for survival became desperate. Inside Edition say she was forced to drink her own urine to stay alive.

In the unforgiving California desert, Dianna would remain lost to the world for another week. She ate the remaining oranges as carefully as she could, trying to ration them out.

She passed time by reading books and thinking about how her husband would be enjoying heaven. Despite her fight, though, Dianna began to lose all hope of being rescued. She prepared for the end.

But then, at the last, a guardian angel appeared.

A person driving a special vehicle designed to cope in the desert came across Dianna’s car and called the police immediately. They realised time was of the utmost importance and so rushed to the scene hoping to find survivors.

Just when Dianna thought her life was drawing to its close, she heard wheels crunching in the dirt; the police had found her. They took her to the hospital and saved her from death.

Dianna was dehydrated, but managed to recover from her horrific experience. Despite mourning Cecil, she’s doing her best to move on with her life.

In the end, things could have been worse. Fortunately, and against all odds, Dianna was able to cheat death.

The fact that Dianna succeeded is nothing short of a miracle. Hit the share button to pay tribute to her amazing courage during those two terrible weeks!