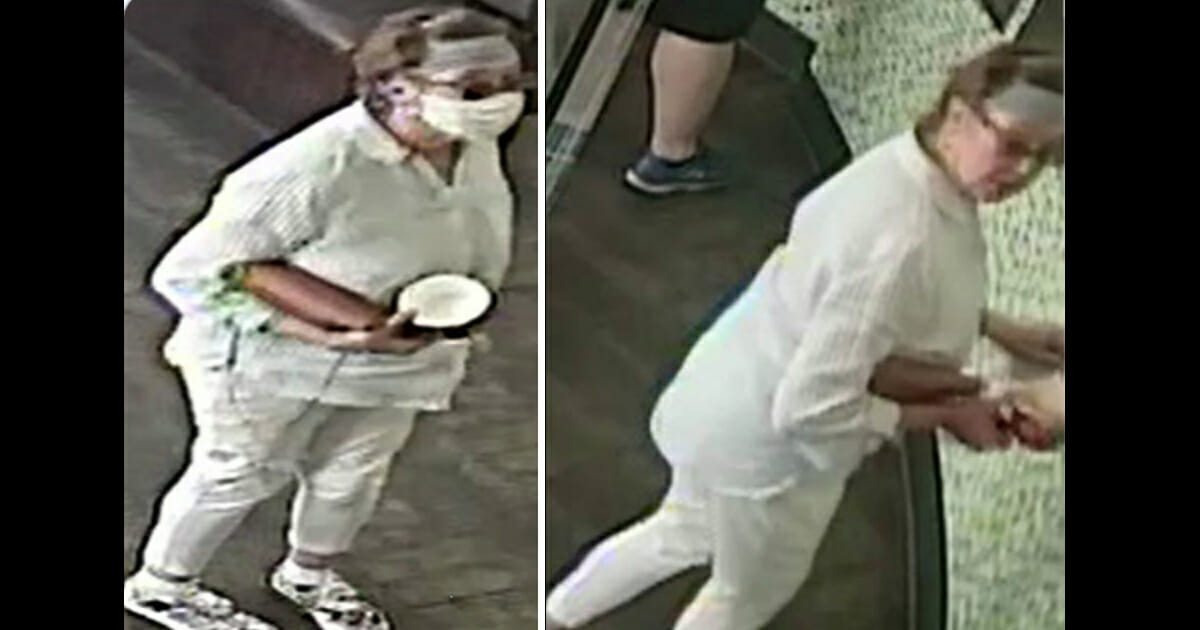 Police in San Jose, California are seeking the public’s help in identifying a woman caught on camera coughing in the face of a 1-year-old in a Yogurtland earlier this month.

As per reports, the San Jose Police Department say the suspect was standing in line on Friday, June 12, before becoming upset that a woman with a baby was not observing social distancing guidelines.

Upon growing agitated, the woman then removed the mask she was wearing and coughed two to three times in the baby’s face.

In video footage of the incident, the mother of the baby, Mireya Mora, can be seen flipping up the hood of the stroller in an attempt to shield her child.

Sources say the suspect is described as a white female in her 60s, of medium build and wearing a gray bandana, glasses, a long sleeve shirt with gray vertical lines, white dress pants and tennis shoes.

Mom Mireya spoke to KGO-TV and explained what she believes to be the motivation behind the attack.

“Coughing on someone’s face. She did it on purpose it’s not like she did it on accident, oh cough, cough – no she purposely coughed on my son’s face,” she said.

“I believe this woman may be racist because the family in front of her is white. Me and my grandma are Hispanic and she started telling me about my distance and harassing me and my son once I started speaking Spanish to my grandma.”

Regardless of the motive, coughing in someone’s face – especially in the current climate – is simply unforgivable.

Here’s to hoping the suspect in the video is caught and brought to justice. Share this article if you think anyone behaving in such a way should be punished.