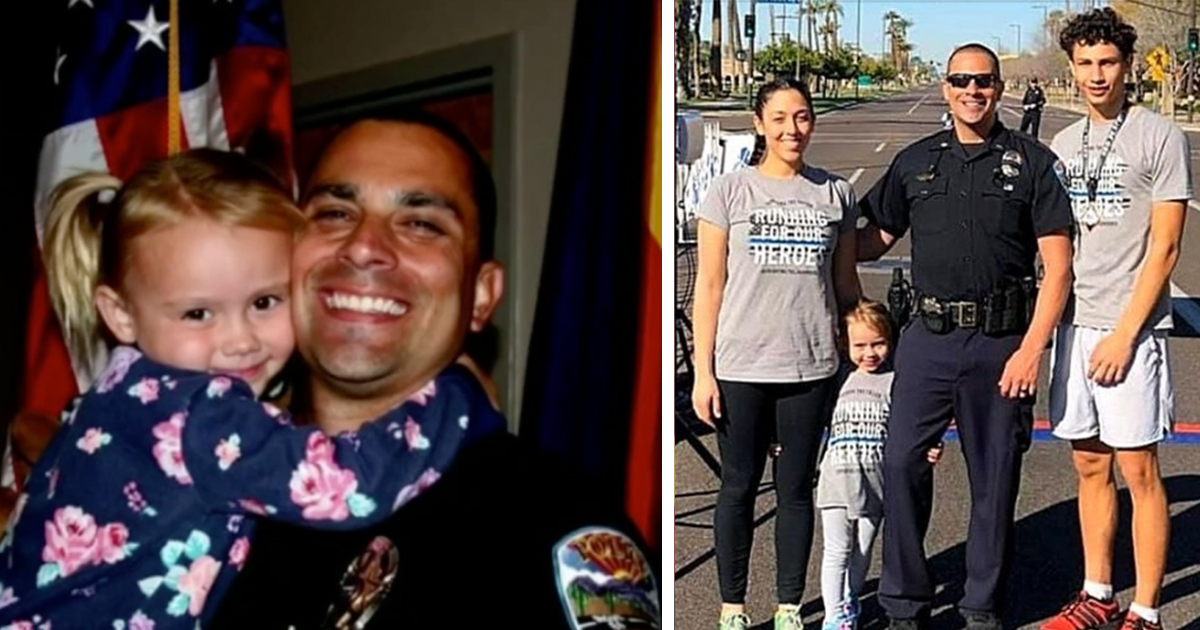 There are a lot of challenges facing the world right now. Many people are struggling and it’s more important than ever that we take the opportunity to help one another out.

One such concerns an Arizona police officer who has officially adopted a 4-year-old girl into his family after comforting her while working on a case concerning child abuse.

As per reports, Lt. Brian Zach and his wife Cierra adopted little Kaila in August. Lt. Zach had first met her two years previous, after responding to a call at her home in March 2018.

“She had a skull fracture, brain bleed and dislocated elbow. My heart felt for this little girl who was covered in bruises. She had a very strong spirit about her,” Zach explained.

While waiting for child welfare services to arrive, the pair bonded through watching “Wreck-It Ralph” and eating snacks.

Kaila was removed from her home by officials, who were then unable to locate a family member to take care of her.

“Then the question that changed our lives forever was, ‘Would you actually consider being a placement home?’ And I immediately said ‘yes,’” Zach said.

Brian and Cierra selflessly decided that she could live with them.

“We lived each week not knowing if she was going to go back to her biological parents or how long we were going to keep her,” Brian explained to Good Morning America. He also said he and his wife vowed “to love and care for this little girl for as long as it happened.”

Then, on August 18 in 2020, 30 months after they began fostering Kaila, Zach and Cierra made their adoption official.

The Kingman police force also celebrated the news with a post of their own.

Unsurprisingly, adopting little Kayla has made a huge impact on Zach’s life and according to himself, he now he plans to foster other children in need.

Look at the video above – I was trying to hold back the tears but when she said “I love him” I didn’t make it ❤️😭 So precious!

The story of Kaila is unfortunately more common than we want to admit. We just need more Brian Zachs in the world!

He saved her, in every way. And it sounds like she saved him too.

Like and share this article to pay tribute to Brian and Cierra for their loving gesture! And to wish Kaila all the very best moving forward.