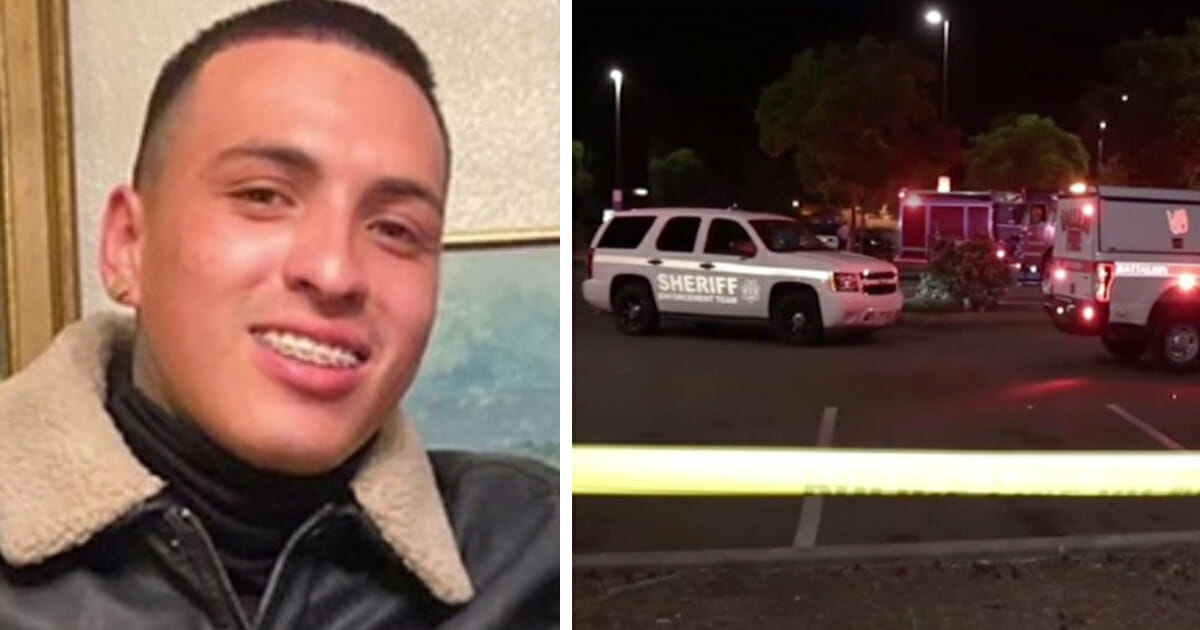 A 22-year-old was shot and killed while kneeling before a police office who mistook a hammer he had in his pocket for a gun.

As per reports, Chief Shawny Williams of Vallejo Police confirmed Sean Monterrosa died outside a Walgreens when an officer fired at him five times through his vehicle’s windshield.

One of those shots struck Monterrosa, killing him.

The tragic incident came after a night of looting in the area – including at the Walgreens in question. Chief Williams said it looked as though Monterossa was making for a getaway vehicle before he changed his mind and knelt down.

He explained: “This individual appeared to be running toward the black sedan but suddenly stopped taking a kneeling position and placing his hands above his waist revealing what appeared to be the butt of handgun investigations later revealed that the weapon was a long 15-inch hammer tucked into the pocket of his sweatshirt.”

The officer who fired the gun has not been named, but Chief Williams confirmed he was an 18-year veteran of the force.

When asked how the shooting fitted in with what Williams referred to as a “desecalation policy” that’s been in place since his appointment, the chief said:

“Well I’ll say this when they responded to the Walgreens the intent was to stop the looting and to arrest the perpetrators if necessary, the officers reacted to a perceived threat.”

John Burris, the attorney representing Monterossa’s family, said: “He did not see Mr. Monterrosa put his hands on it in a threatening way. So the question here is what threat if any did he actually present.”

The officer who shot Monterossa has been put on routine paid administrative leave, as have the witness officers. A GoFundMe Page has been established to help cover the funeral expenses. It can be found here.

Another tragic death and a needless loss of life. This man was kneeling down with his hands raised by all accounts – was there a need for the officer to fire his weapon?

Share this article if you believe we need serious reforms to our system of policing.