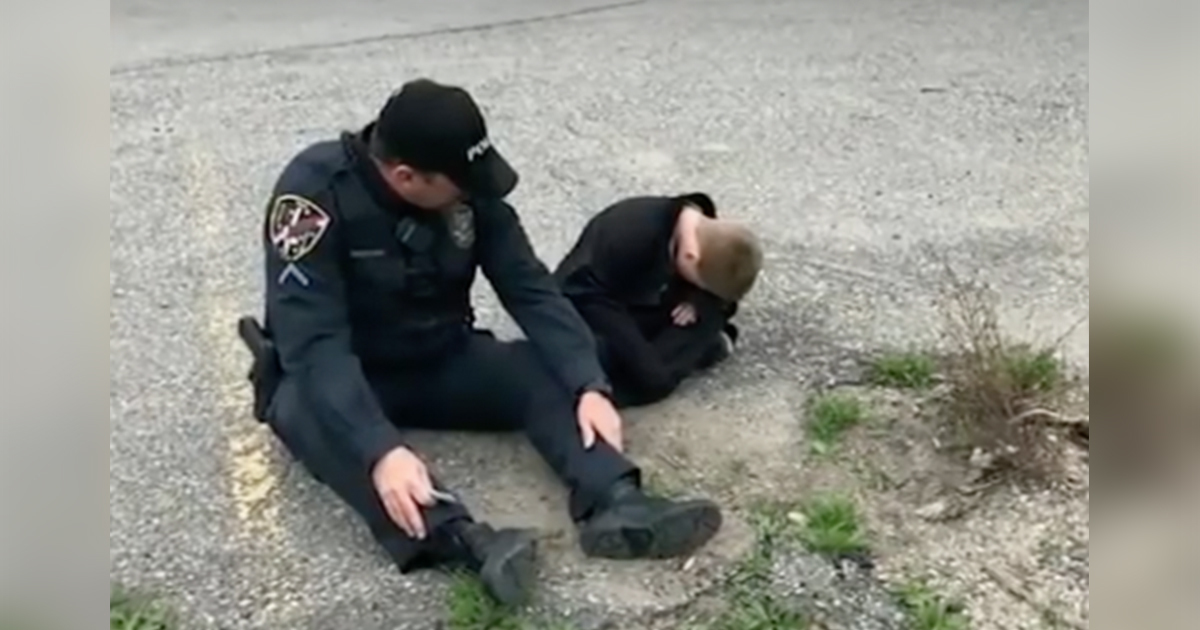 All children are amazing in their own way. Before they can even speak, they have unique personalities, which often stay with them for their whole lives.

Some babies are calm and introspective, while others are much more energetic and social. And both styles are lovely and wonderful.

And so it was when Kyson Baler was born. But the older he became, the more it became clear that he wasn’t like most other kids.

Today, Kyson is nine years old and a happy little guy, even though he doesn’t talk.

He suffers from an autism spectrum disorder. And in April this year, he received a new case worker at his development disability agency in Idaho, USA.

The change caused him to become anxious and he ran out of the disability agency building. Then, he sat down in a nearby parking lot. He felt dejected and upset and didn’t want to go back in.

Police officer Chris Scott, who was in the vicinity, saw the boy and realized that something had happened. He approached the boy and sat down beside him on the pavement.

Kyson quickly became interested in the patch on Chris’ police shirt. And it just so happened that on that day, Chris was carrying a challenge coin that had a police badge on one side and a patch on the other. He handed it to Kyson, who became very happy.

After Kyson calmed down, Chris asked, “Are you ready to go back inside?”

Kyson nodded, and they went in together.

While Chris and Kyson were sitting there on the ground, Kyson’s case worker took a picture of them—a picture that has now spread around the world like wildfire.

Kyson’s mother, Jessica, saw the photo on the police’s website and was touched by officer Scott’s efforts.

Kyson looks up to the police and wants to become an officer of the law day, his mom told Local News 8.

Please share if you also find it great to see when the police take the time to make sure everything is all right even in this kind of situation!