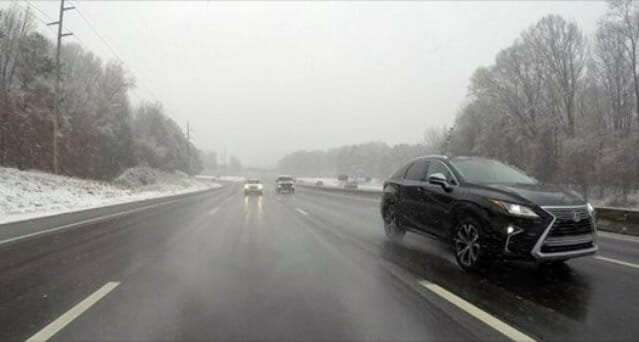 No one needs more protection than the children of the world. As helpless as it gets, young children and babies in particular need constant attention, love and care — and need to feel safe at all times.

That’s why my heart breaks into a million pieces when I come across stories like this.

Police in Idaho recently came across the worst case of child abuse they have ever encountered.

After stopping a van on a highway for a traffic violation, Sergeant Justin Klitch discovered a horrific scene inside.

Sergeant Klitch first noted that the woman in the passenger had bruises on her face, he told WFMY. But as he examined further, he found a small boy sitting in back — showing sign of severe abuse.

“He had bruises on his head, multiple lacerations on his stomach, his arms were stuck in a fetal position and his left eye was not functioning properly,” one of the officers at the scene, Officer Shane Grady, told KHQ.

The toddler, aged 2, sat next to another toddler, aged 1, who was unhurt. When officers examined the van further, they discovered a firearm and drugs.

They immediately arrested the driver, identified as 59-year-old Jorge Gonzalez-Vergel.

Officer Shane Grady later couldn’t hold back his tears as he described the scene, as you can see in the heartbreaking video below.

This is heartbreaking, but worth a minute of your time as Trooper Shane Grady describes responding to the worst case of child abuse he's ever seen.
Thankfully, because @ispdistrict1 stepped in, that child is expected to make a full recovery.
Story tonight on @KHQLocalNews pic.twitter.com/z4zlgVH6YD

The abused toddler, known as Baby J, was rushed to hospital where he was treated for his injuries. He is now out of the ICU and thankfully expected to make a full recovery.

According to the Idaho State Police, Baby J is “engaging and playful.”

UPDATE- Baby J is out of ICU!!! Sgt. Klitch just left Sacred Heart Hospital and said Baby J is alert, engaging and playful. We are all so thankful for the hard work and care of the Sacred Heart Pediatric ICU team! Still work to do but good news none the less.

The second toddler is currently in the state’s care and staying at a medical center, while the women in the passenger seat’s identity has not been disclosed to the public.

It is still unclear whether the driver is responsible for the gruesome abuse, and he is not currently a suspect — he is however being held on charges of possession of a firearm and drug possession.

The heroic officers in this story deserve all the recognition in the world for their sharp eye and swift reaction! Thanks to them, Baby J’s life could be saved!

I just hope they apprehend the monster who did this and that they are severely punished for this horrifying act. All children deserve to live in security and with nothing but love around them! Please share this story to thank the officers for their heroic rescue.