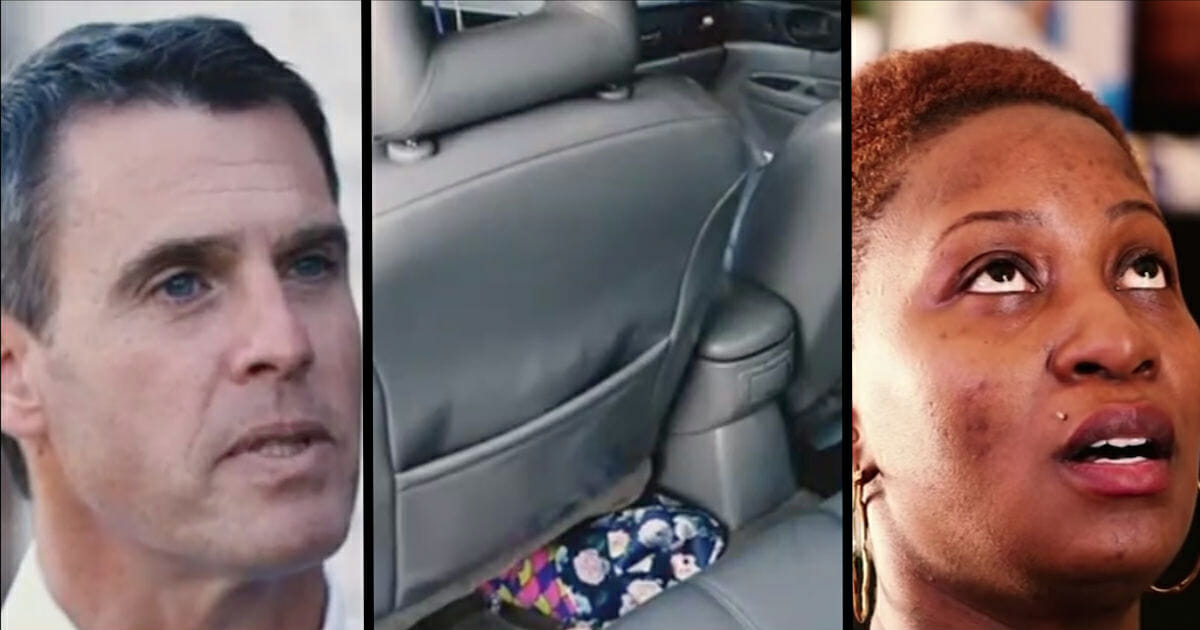 Being stopped by the police while driving is never an easy thing to deal with – even when you’ve done nothing wrong, you’ll likely get butterflies in your stomach.

When Ebony Rhodes saw blue flashing lights in her rearview mirror, it felt like her whole world was about to come crashing down.

She was already combatting an extremely rough period in her life, and being stopped by the police was the last thing she needed.

The officer who signalled Ebony down asked to see her driver’s license and the vehicle’s registration.

Ebony let go a loud sigh, acknowledging that she had neither document. Even the insurance on the car had expired a good deal of time ago.

The officer had no choice but to arrest Ebony and take her to the station. Her feeling of despair manifested itself in tears – she was crushed.

As they travelled to the police station, Jeff Jefferson, Deputy Chief at the Atlanta Police Department, received a call.

It was one of the officers who had searched through Ebony’s vehicle. He had discovered something strange in the back seat.

The more they scoured the car, the more peculiar items they found; items that don’t usually belong in a vehicle.

In the car were a number of bags containing personal belongings and an abundance of clothes. It looked as though someone’s entire apartment had been forced into the back seat.

Later on, at the station, Ebony revealed the truth to Jeff. Not only was she homeless and living in the old car, but it was also serving as a home to her four children.

For six challenging, tumultuous months, Ebony and her brood, Calvin, Isaac, Ja’ame and Dannaija had been living out of the 20-year-old Buick Regal. They had no other option.

Ebony tried to keep their heads above water, but things were extremely difficult. As a single mother who worked at Walmart, she didn’t earn enough to afford a home.

But that wasn’t all. After a time, Jeff got to learn other things Ebony had initially tried to keep to herself.

She told him that she suffered from a chronic blood disease that was so serious she often had to take days off work. Ebony felt like she was betraying her children.

She saw herself as a lousy mom. Every time she and her kids took a step forward, something else came along to knock them back two paces.

When Jeff received the whole picture, he went home to his wife. He couldn’t just let this be, and he had a special proposition he wanted to ask the love of his life.

Jeff began digging into his own network of contacts, telling Ebony he knew a woman who was the director of a homeless shelter in a precinct he had recently commanded.

“I called her up and said, ‘Listen I’ve got a family of five including three boys and a girl, and he’s 17.’ And she goes, ‘Yeah, I have some room.’ And if you know anything about shelters in the middle of the winter, there’s nothing available and she had something available,” Jeff said, as per CNN. “I couldn’t believe it.”

Jeff was quick to share the exciting news with Ebony.

“When he called me that day I just started crying because I’d been trying to get into different shelters for a long time,” Ebony recalls. “No one would ever accept us.”

Only, Jeff’s willingness to intervene on Ebony’s behalf didn’t end there. The officer had more than just a short-term solution.

He started a collection to help the family with financial support, with many rallying to his cause.

Ebony took on two jobs to afford her own apartment, while 17-year-old Calvin worked part-time along with his studies.

Today, the family have their own accommodation, with the children resting their heads in warm beds at night, not a cold car.

Of course, none of it would have been possibly without the assistance from Jeff.

The relationship Ebony and her children have developed with Jeff and the other officers in the Atlanta Police Department is a “blessing”.

The fundraising effort for the family is still ongoing and should continue well into the future, meaning the family won’t have to worry about being back on the street.

“We want to pay for rent, we want to pay for food and transportation… this is obviously long-term,” Jeff said, as per CNN. “It’s not going to end just because we give her a little bit of money. It’s about getting through the hard times, having someone to talk to and someone to lean on, to get advice from.”

Some officers deserve extra recognition for their work, and Jeff is certainly one of them!