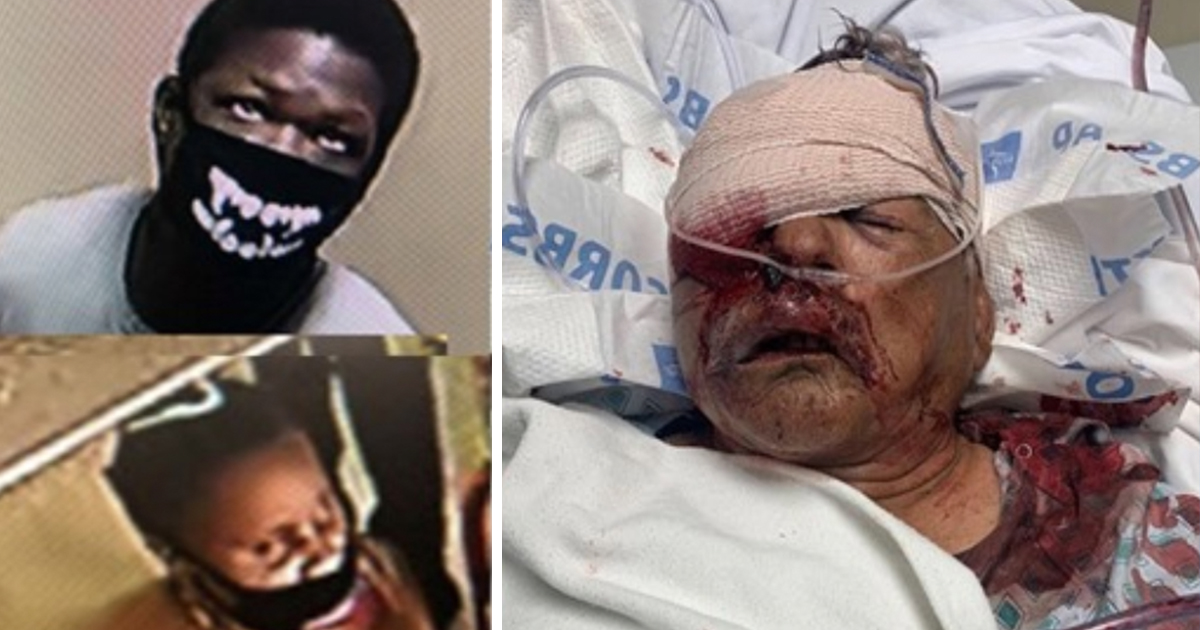 Authorities are seeking help from the public in identifying a suspect and possible accomplice involved in the alleged assault of an 80-year-old man in the bathroom of a grocery store in Lancaster, California.

As per reports, the horrifying incident occurred at around 8:30 a.m. at the grocery store in the 1000 block of East Avenue J, near 10th Street.

Investigators have stated their belief that the victim was assaulted and robbed by a black man standing about 5 feet 8 inches tall between 20 and 25 years old. He was wearing a light-colored sleeveless T-shirt at the time, with white shorts and a black mask adorned with white fangs as a design.

Authorities have released a set of photos in the aim of identifying the suspect, and they also contain images of a possible accomplice.

The second person is a woman who authorities believe may have accompanied the man to the store. She was dressed in a multi-colored patterned romper and a black face mask with red lips.

Their 80-year-old victim, meanwhile, was taken to a hospital for facial injuries and several broken ribs, as per the sheriff’s department.

Anyone who may have information regarding the assault is urged to call detectives at 661-948-8466.

It simply boils my blood to hear stories such as this one. An 80-year-old has been assaulted in a callous and unprovoked attacked … I hope the attackers face the appropriate justice.

Share this article if you, too, hope these two suspects are identified as soon as possible, and to wish this 80-year-old a swift recovery.