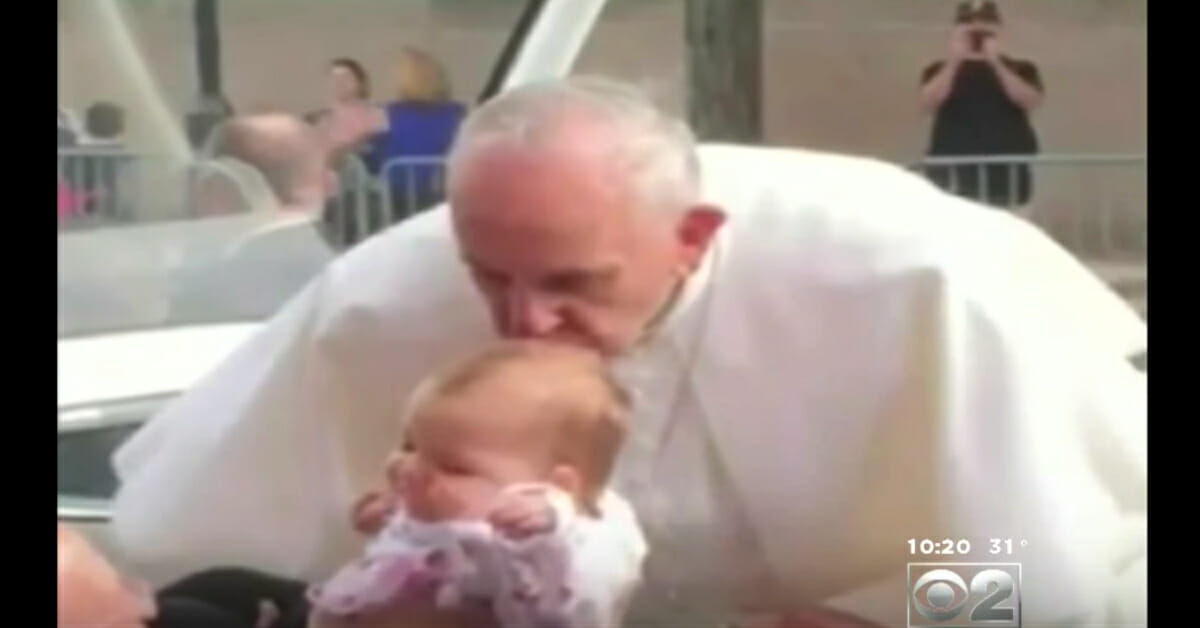 There are some moments in life that are simply unforgettable. I can clearly recall going to visit my baby brother in the hospital for the first time when he was born, for example. I can also vividly remember being handed my degree after three years of university.

While both of those things are interesting, though, they pale in contrast to what the Masciantonio family experienced when their baby daughter, Gianna, met Pope Francis in Philadelphia.

The family was given a call from FBI agent friend Donny Asper, who happened to be helping with the Pope’s security that day. He instructed them to head downtown with haste, and the family, of course, followed the instructions.

Donny was keen for the daughter of his friends, Joey and Kristen, to meet the pope. The parents are both devout Catholics, but Gianna had been diagnosed with an extremely rare blood disorder and a tumour.

They were hoping to receive Pope Francis’ blessings in downtown Philadelphia, but that’s exactly what it was… a hope. There were swarms of people in the area all aiming for the same thing, and the family were hesitant to even leave their home, as they feared Gianna’s condition might worsen in the midst of a crowd.

Eventually, they decided to throw caution to the wind and make the journey. It’s a good thing they did…

The family headed to an area where the pope was expected to pass through. Once Joey saw Pope Francis making his way toward their location, he held baby Gianna up high to attract the attention of the security guards. One of them spotted the girl and took her to the pope.

There, amongst thousands of onlookers, Pope Francis kissed the child upon her head – the family had been blessed!

Once the day was over, things quickly returned to normality. Doctors visits were frequent and the family tried to stay positive in the face of adversity.

But then, merely six weeks after Gianna’s encounter with the pope, Joey and Kristen were handed a break that bordered on a miracle. Scans showed her tumour had shrunk significantly, allowing Gianna to begin a steady recovery.

Did the pope’s kiss have a healing effect? We’ll never know for definite, but the family are certain of their own belief: “The kiss was God’s work, that’s for sure.”

Do you believe God used the pope as a conduit to bestow a miracle upon baby Gianna? The family certainly do!

In any case, it’s great that the girl’s tumour has shrunk so significantly, and we wish her all the best moving forward. Share this if you believe in miracles!