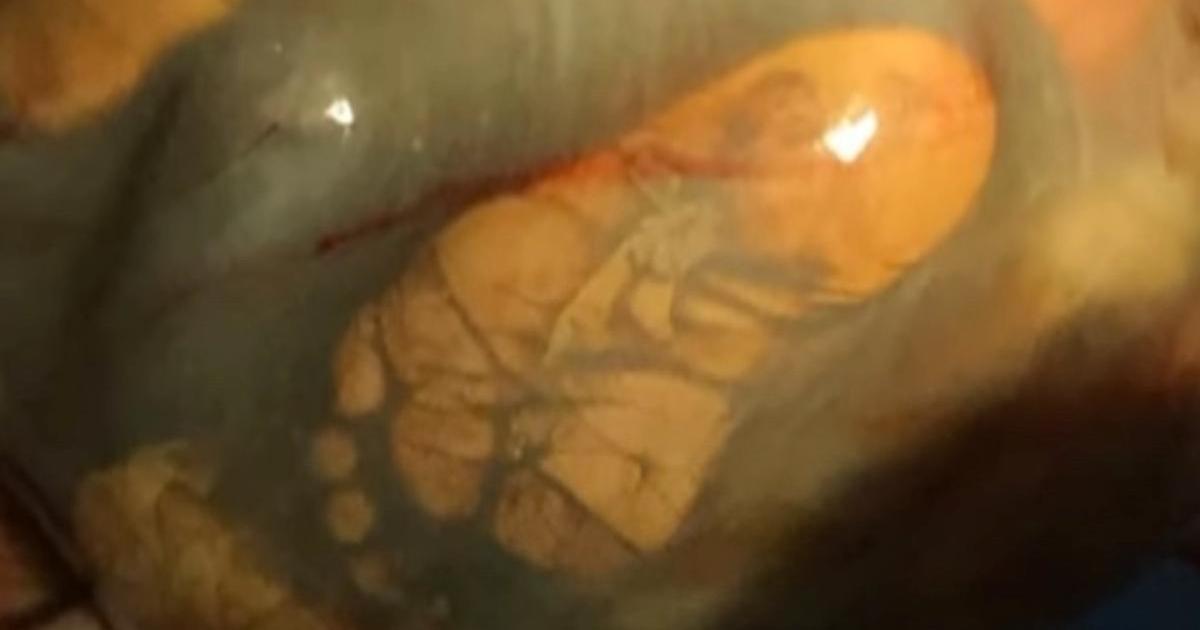 Pregnancy is a fascinating topic, I think. And the fact that the body can create a perfect little human complete with 10 fingers and 10 toes is amazing.

In March 2017, a woman who prefers to remain anonymous, checked into a hospital in Barnaul in Western Siberia, Russia. She was already in week 41 of her pregnancy, but she had never visited a doctor or midwife until then.

The woman didn’t trust the health care industry, which is why she hadn’t met with a doctor or had a single test performed during her pregnancy.

But when her baby didn’t want to come out, she realized she had to seek help.

The doctors who examined her soon discovered something that shocked everyone at the hospital.

The baby wasn’t in the woman’s uterus, but in her abdominal cavity. Hers was a so-called ectopic pregnancy, where a fertilized egg attaches itself outside of the uterus, typically the fallopian tube, or in this case in the abdomen.

The chances of a child surviving this kind of pregnancy are very rare.

As soon as doctors made the discovery, they rushed the woman to the operating room. The surgery to deliver the child was risky for both mother and child, and there have only been a dozen known cases where the baby has survived without complications.

A caesarean section is necessary in births resulting from ectopic pregnancies, as even removing the placenta poses a high risk of bleeding in the mother.

The entire surgery took over two hours, which is longer than a caesarean section usually takes.

When the doctors delivered the girl, they witnessed a miracle. The girl was not only breathing, she was absolutely perfect and weighed almost 9 pounds (4 kg).

The proud mother named her daughter Veronika, which means “victorious,” and the story of her unusual pregnancy went viral in Russia.

The mother, who had previously doubted the health care industry, later said that if she gets pregnant again, she’ll definitely seek medical attention and have all the recommended examinations.

Are you also impressed with the miracles that doctors, midwives, and nurses pull off every time they deliver a baby? Share this incredible story with your friends on Facebook!