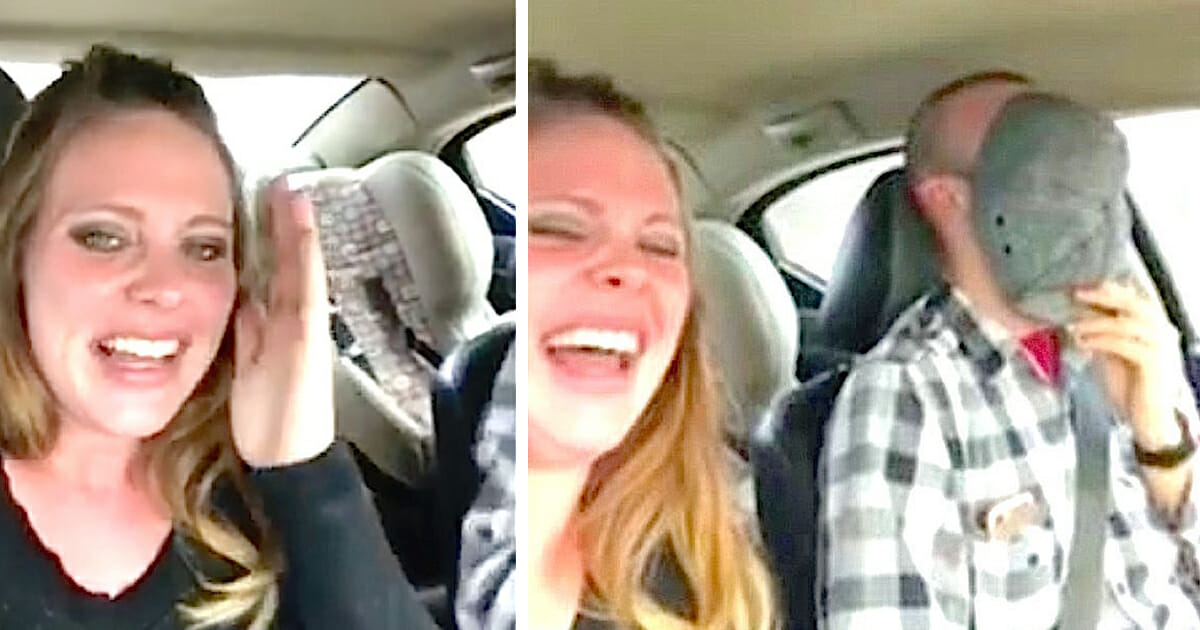 When it came time to welcome their sixth baby to the world, Rachel and Chris McQueen were nothing less than ecstatic. Little did they know that prior to giving birth they would become the stuff of viral hilarity.

The couple, from Kentucky, went along to Rachel’s prenatal doctor’s appointment for an ultrasound, and their experience is right out of a comedy flick.

Rachel underwent a normal and healthy ultrasound, with the doctor telling her afterwards that she needed to undergo a routine pelvic exam as well. Chris stayed in the room to be by his wife’s side, but before long Rachel was screaming about a “burning” sensation.

Everything seemed to be going to plan for Rachel and Chris McQueen, until one day a pelvic examination led to Rachel lying screaming on a table, her feet up in stirrups.

As if from nowhere, the mother-to-be began to complain of something burning hot; something she knew wasn’t normal.

Rachel and Chris were soon to learn that the OB-GYN had accidentally applied something other than lubricating gel during his examination; something not best used in this sort of situation.

It’s OK though, because the couple are clearly possessive of a fantastic sense of humor. No sooner had they returned to their vehicle than did they record a video recounting what had happened.

“The worst thing in OB history just happened to me,” Rachel says.

We won’t spoil anymore for you, just know that the video below absolutely does not disappoint.

Watch the video of Rachel and Chris telling their hilarious story:

We know, what a hoot!