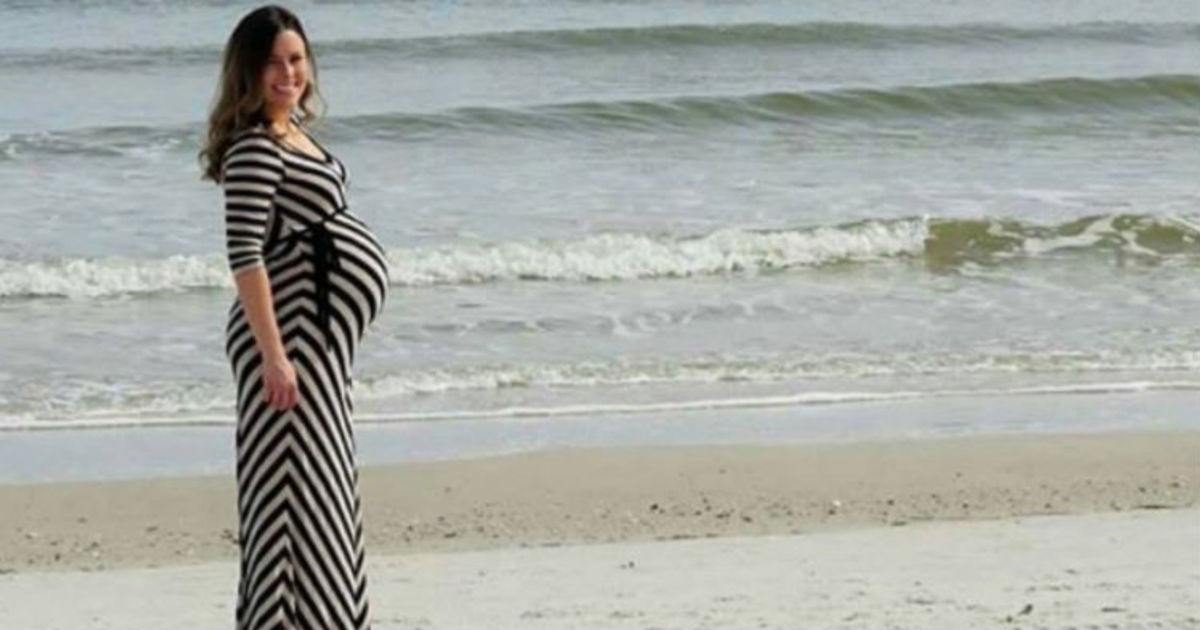 For parents-to-be, taking pictures of the expectant mother’s baby bump and documenting the pregnancy is a great way of capturing the joy and excitement of starting a new family.

For the rest of their lives, the couple can flip through their maternity pictures and remember the time just before they welcomed their beloved child into their lives.

And while all pictures of pregnant woman are beautiful in their own way, some are simply more memorable than others…

Dad-to-be, Dan Mozer, 30, suggested that he and his wife go to nearby Atlantic Beach in Jacksonville, Florida and take some pictures.

The beach is loved by locals and is a popular place to relax, go for a stroll, and take pictures.

Suddenly, Dan felt inspired and asked his wife, Angelina, to pose for some pictures with the ocean as a background.

He picked up his camera and snapped some pictures.

With a big smile on her face, Angelina stood in front of the ocean waves and showed off her baby bump.

But when Dan saw what was in the background, he immediately realized that he’d taken the picture of a lifetime…

What was it that showed up at the perfect moment behind Angelina?

A dolphin, which leaped out of the water just as Dan was snapping the picture!

Dan knew there were dolphins in the area, so it wasn’t completely unexpected. But he never thought he’d actually catch one jumping in the background of a picture of his pregnant wife.

“When I took it, I was like, ‘Oh, my God!’ Unfortunately, she totally missed it,” Dan told AWM.

Dan and Angelina credit their son, Courtland, who was born on January 27th, for the picture. The couple joke that Courtland summoned the dolphin from his mother’s belly.

Dan explained to Yahoo a little more about how the amazing picture came about: “Someone started yelling to us that there were dolphins, and we could see their dorsal fins. Then, out of nowhere, this thing just jumps out of the water.”

Maybe the dolphin knew what was going on?

Although Courtland seems to be dolphin whisperer, Angelina and Dan aren’t going to change his name. Dan confirmed, “No, we’re not changing his name, as some have suggested, to Dolph Finn.”

Isn’t it a great picture that Dan managed to capture? Share if you agree!