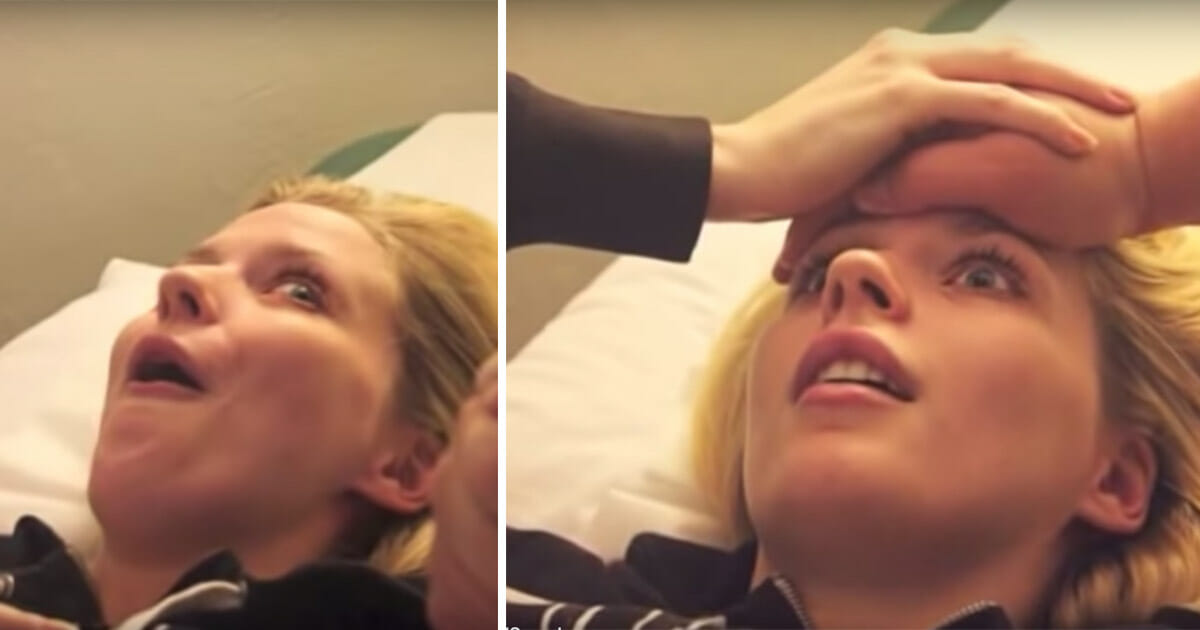 The decision to have a baby is never one you should make lightly. For many, it takes years of planning and talking before forming a family becomes even a remote reality. Ashley and Tyson Gardner, for example, waited eight years prior to their dream coming true.

When they did, however, the first snaps of their ultrasound took them by storm. After the internet caught wind of them, the very same happened there, too …

After eight long years of trying on their own, Ashley and Tyler Garner were close to giving up. Maybe they simply weren’t destined to be pregnant?

Before they gave up altogether, though, they tried IVF. After saving up for the costly treatment, in July 2014 it was finally time.

The next few weeks would be tough for the couple. Syringes, ultrasounds, doctors and the underlying fear that the treatment would fail anyway. Fortunately, doctors found two embryos that they could plant in Ashley’s uterus. The aim was that at least one would be fertilised.

Ashley and Tyson waited for another 10 long days, before getting the incredible news that she had fallen pregnant.

By week 7 it was time for the first proper ultrasound. Doctors determined the fetus was developing well, but the picture of joy would soon take a turn for the unlikely.

The doctor explained to Ashley and Tyson that both embryos had split, meaning instead of expecting one child, or even twins, they were expecting quadruplets. As per reports, the chances of this occurring sit at around one in 70 million.

Of course, it was a moment of shock for Ashley and Tyson; to accept their family of two was set to become six. Fortunately, Tyson had brought a photographer to get footage of the ultrasound, so that’s exactly what he did … just look at the facial expression on Ashley when she hears the news!

Shortly after their announcement, the couple began their own Facebook page, one where you can follow their journey as they raise four daughters (the girls are now 3-years-old).

Merry Christmas from the Gardners❤️

Posted by A Miracle Unfolding-Gardner Quadruplets on Monday, 24 December 2018

What a fantastic story! I’ve certainly never seen anything like this before.