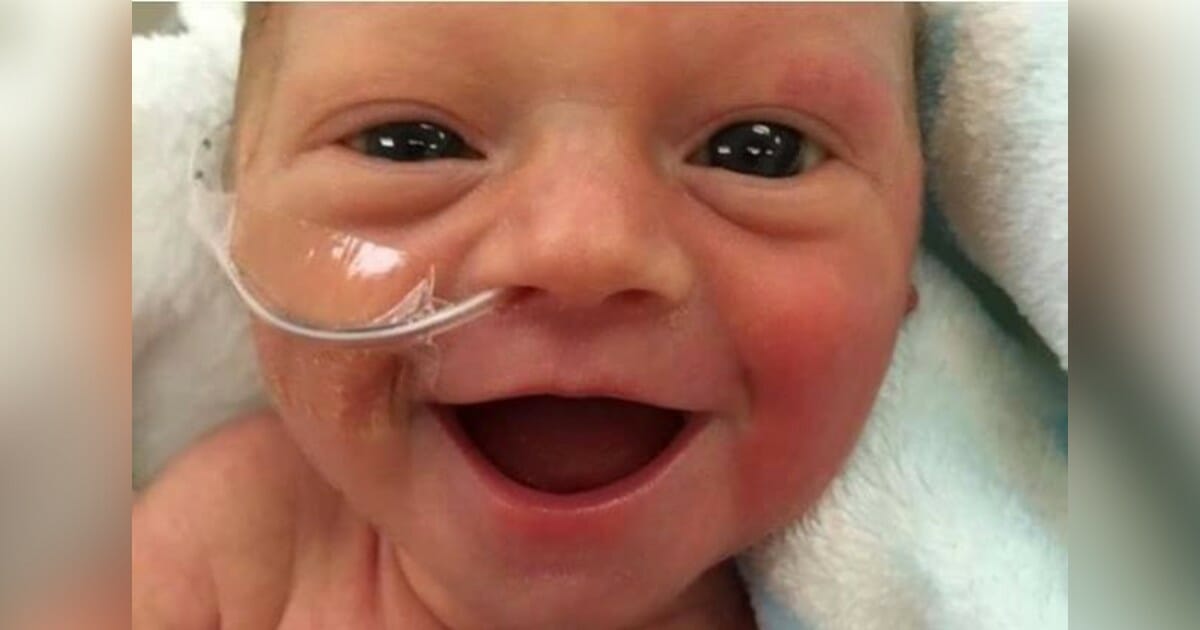 A premature birth can bring about a mountain of feelings for parents: love, fear, anxiety. The list goes on.

They love their little one, but will they survive? Will they be able to watch them grow up? The questions are endless and the future is often uncertain.

Lauren Vinje and her husband, David, faced a similar situation when Lauren was forced to give birth at 34 weeks due to complications. They were unsure if their little girl, Freya would survive.

But five days after her birth, the couple took a photo of their daughter that is giving hope to parents of premature babies around the world.

Freya was born on November 27, 2014 in Minnesota – she’s now four years old and is a big sister to two younger siblings – at just 34 weeks.

“I knew something was wrong when I got so swollen I couldn’t fit my hands together around my ankles,” Lauren told PEOPLE in 2016. “Then I started seeing flashing lights.”

The soon-to-be mother suffered from preeclampsia, a potentially dangerous complication that tis typically characterized by high blood pressure, swelling in the hands and feet, and protein in urine.

Just two days after Lauren’s doctor informed her that her daughter’s heart rate was dropping, she gave birth via emergency C-section.

She needed to stay in the NICU for a month before her parents were able to take her home.

“When I held her, it was the most incredible thing,” David told PEOPLE. “Getting to hold a tiny little baby that has gone through so much is crazy and overwhelming and amazing.”

"Our first daughter at five days old. 3 lbs. 14 oz., she was happy to be alive! This picture was one I looked at often…

Posted by Love What Matters on Sunday, 16 October 2016

After the couple took the photo of their smiling preemie, they found that it brought them so much joy and served as a reminder to always remain positive. Two years after Freya was born Lauren decided to share it with the world in hopes that other parents could benefit from Freya’s electrifying smile.

“I wanted to get the picture out there because it has brought us so much joy. It puts a smile on our faces and we thought it could do that for others as well,” Lauren said. “She’s a constant reminder to keep things in perspective and stay positive.”

Years after Freya’s premature birth, Lauren and David urge others in a similar situation to remain positive.

“My biggest advice to parents with preemie babies is to never give up,” she said. “Stay positive and stay strong. Try to be there as much as possible and hold them as much as you can and take in those moments, because they are so precious.”