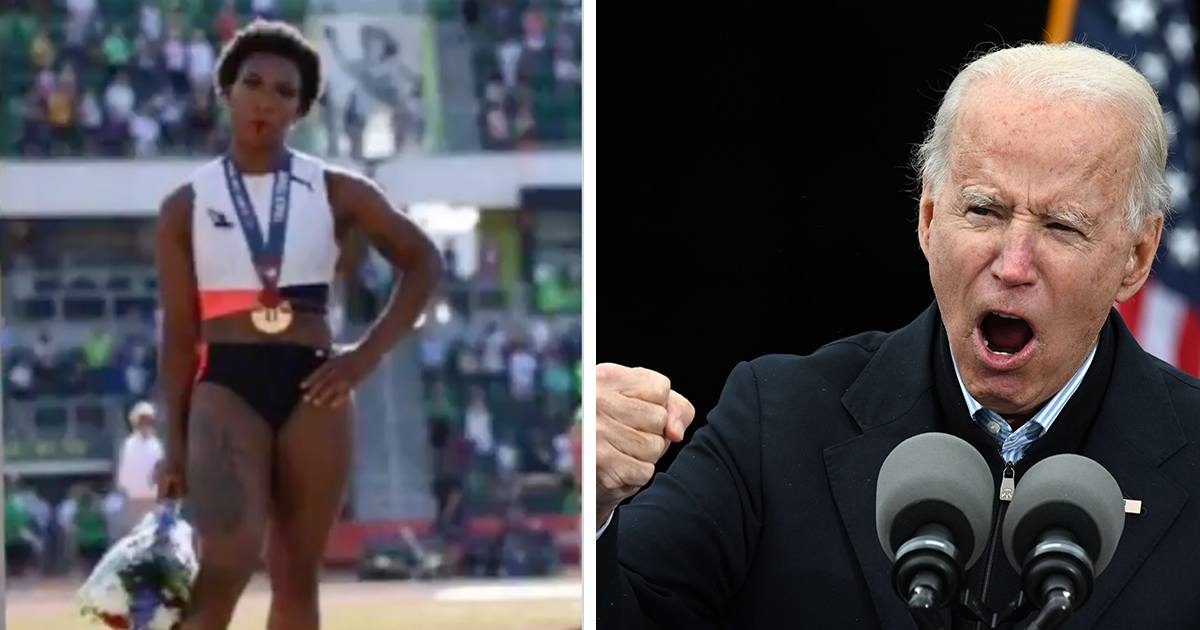 US President Joe Biden respects Olympic athlete Gwen Berry’s act of turning away from the US flag during trials for the games that took place at the weekend.

Berry, who competes in the hammer throw, secured her place in the US Olympics team for Japan 2021 after placing third at the trials on Saturday, June 26.

Yet her success was marred somewhat when she appeared to turn away from the US flag while the national anthem was playing. The 32-year-old could be seen placing her hand on her hip and instead facing the bleachers, before going on to place a black T-shirt with the logo “Activist Athlete” over her head.

Needless to say, Berry’s decision evoked a strong response online. Texas Congressman Dan Crenshaw went as far as to say she should be removed from the US team for the upcoming Olympics Games.

Others were quick to condemn her actions as being unpatriotic, though there were those who moved to support her.

You can see a selection of responses from Twitter below:

Yet through the firestorm of debate, one response shone clearly; that of US President Joe Biden. His administration elected not to criticize Berry, instead making it clear that it ‘respects’ every Americans right to protest.

Biden’s White House secretary Jen Psaki addressed the situation yesterday (Monday, June 28) when she was asked whether Biden thinks Berry’s behavior was “appropriate… for someone who hopes to represent Team USA.”

Psaki said she hadn’t discussed the matter with Biden, but said the President is “incredibly proud to be an American and has great respect for the anthem and all that it represents, especially for our men and women serving in uniform all around the world.”

Psaki went on to say that “part of that pride in our country means recognising there are moments where we are — as a country, haven’t lived up to our highest ideals, and it means respecting the right of people, granted to them in the Constitution, to peacefully protest.”

Berry, meanwhile, denied that she “hated her country”, and instead tweeted:

Protests from athletes have become commonplace these days, though have also proved to be divisive when it comes to the reaction from the fans.

Standing up for what you believe in is a vital part of being a free citizen, and I for one endorse the fact that Biden respects the rights of athletes like Gwen Berry.

What do you think? Is turning away from the US flag wholly inappropriate? Let us know your thoughts in the comments box.