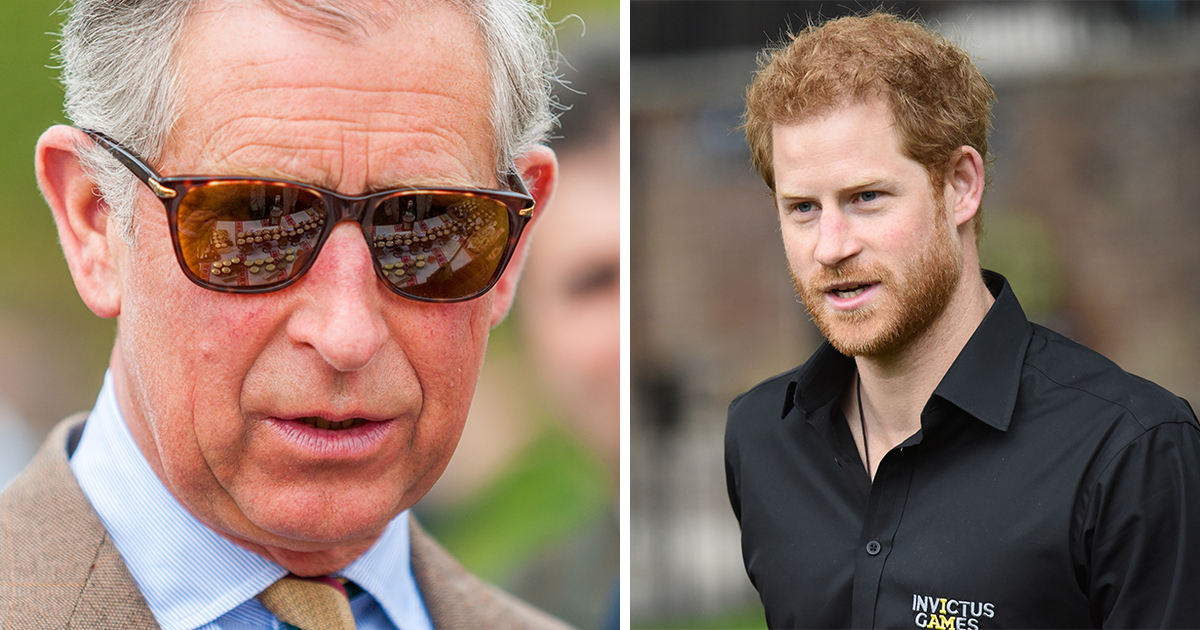 Given the sheer magnitude of the claims Prince Harry and Meghan Markle leveled against the Royal Family earlier this year, it was to be expected that the saga would be a long-winded one with many twists and turns.

During their sit-down with Oprah Winfrey, the couple didn’t so much as dish dirt on the royals, as quite literally accuse them of racism and bullying. Meghan went so far as to say that she had felt suicidal during her time in the UK, and that her husband’s family denied her any help in her darkest hours.

Harry, meanwhile, appeared to whole-heartedly support the pulling back of the curtain to air some of the Royal Family’s ugliest laundry. He himself went on to hit out at the parenting style of his father, Prince Charles, and his father’s parents before him, promising that he would aim to break the cycle.

Needless to say, the aftermath of the Oprah interview has paved the way for an almost unprecedented war of words. Queen Elizabeth moved to assure people she would be investigating the claims, while any number of political commentators, royal aficionados, and indeed the public in general, have weighed in on the matter to share their belief.

During the months following the initial interview with Oprah, a lot has happened.

Initially, the death of Prince Philip at age 99 gave hope that the gathering storm could be quelled before it reached its apex, that his family would set aside any differences and be united in their grief.

Though Harry did return from the U.S. for his grandfather’s funeral, hopes of a dramatic reconciliation were soon dashed. Not only did he fail to walk side-by-side with his brother, Prince William, as Prince Philip’s funeral procession made its way to St. George’s Chapel, but he was said to have felt “ambushed” by his brother and father’s attempts to hold crunch talks with him afterwards.

Following Harry’s retreat to the States, he and Meghan have settled down into their new California home and made inroads as relates to their post-royal civilian lives. They’ve also welcomed a daughter, Lilibet Diana, to the world, and so are now fully focused on raising and maintaining their beautiful family.

Yet the ripples of the explosive revelations made to Oprah at the beginning of this year have become waves, and it only makes sense to believe that the story as it pertains to Harry and Meghan’s ties to the royals is one that isn’t even near its end.

Indeed, over the weekend new reports emerged that might just lend a bit of credence to some of the things Meghan told Oprah. Namely that the Royal Family didn’t want her and Harry’s firstborn, Archie, to become a Prince.

“They [the Royal Family] were saying they didn’t want him to be a Prince or a Princess,” Meghan explained back in March.

“You know, the other piece of that convention is, there’s a convention – I forget if it was George V or George VI convention – that when you’re the grandchild of the monarch, so when Harry’s dad becomes King, automatically Archie and our next baby would become Prince or Princess, or whatever they were going to be… But also it’s not their right to take it away.”

Some viewers were quick to point out that since Archie is only a great-grandchild of the reining monarch, Queen Elizabeth, he didn’t yet qualify for titles and security allowance anyway.

Yet, word on the grapevine is that Meghan could well have been referring to something going on behind the scenes that very few had anticipated.

The Daily Mail reports that Prince Charles informed Harry and Meghan that he will change legal documents to ensure that Archie never becomes a Prince, even when he (Charles) ascends the throne.

Previous speculation has insisted that Charles is desperate to trim down the Royal Family when he becomes King in a bid to cut expenses. What that might mean for the outer-lying members of the family remains to be seen, but it would seem as though Archie can count himself amongst them in the eyes of his grandfather.

Furthermore, it’s said that Prince Charles will take the step of changing the legal instruments known as the Letters Patent as he moves to exclude Archie and certain others from privileges they would have otherwise enjoyed.

Suffice to say that Harry and Meghan have been left as surprised as anyone. Rumours say they fully expected Archie to be made a Prince when Charles became King, and were only told of Charles’ plans just before their interview with Oprah.

As per the Mail, a source said: “This is what nobody realised from the interview. The real thing was that Charles was going to take active steps to strip Archie of his ultimate birthright.”

And stripping is what Charles most certainly will do when he becomes King.

An insider said: “Charles has never made any secret of the fact that he wants a slimmed-down Monarchy when he becomes King.

“He realises that the public don’t want to pay for a huge Monarchy and, as he said, the balcony at Buckingham Palace would probably collapse.”

Naturally, Charles’ stance is hardly likely to help matters where his son and daughter-in-law are concerned, but other reports have detailed how the future monarch is genuinely making an effort of late to rebuild some of the bridges burned in the wake of Harry and Meghan’s interview.

Charles’ initial response after the claims made to Oprah was one of fury. Unlike the Queen, he is said to have wanted to publicly challenge each and evert allegation made by the ostracized couple.

Now, though, he may have softened to a degree, and is in contact with Harry regularly. His son will again return to England next month for the unveiling of a statue to commemorate his late mother, Princess Diana, on what would have been her 60th birthday.

I don’t know about you, but I hope the British Royal Family can set aside their differences and move forward in relative harmony.

Do you think Charles will be a good King when he finally ascends the throne? Do you think it’s harsh that he’s looking to stop Archie becoming a prince?

Let us know your thoughts on all the matters discussed in this article, and share it on Facebook to help us continue the discussion.