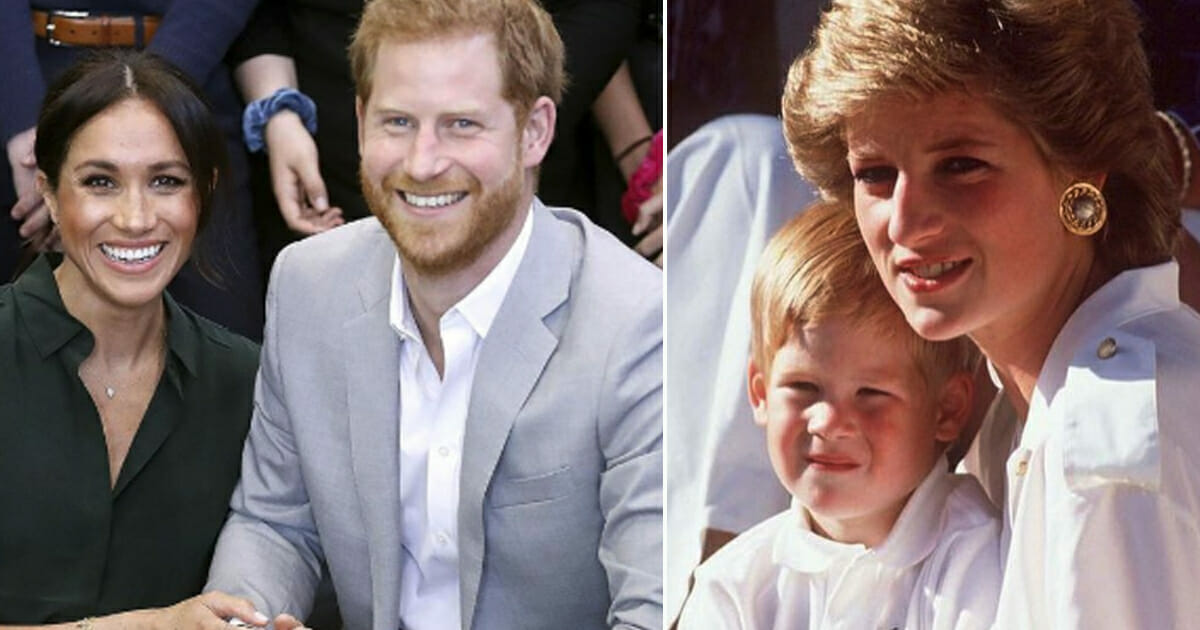 Prince Harry was just 12-years-old when his mother, Diana, Princess of Wales, died in an infamous car accident in Paris.

None can say, however, that her legacy hasn’t lived on through her sons.

So it was that when Prince Harry and Meghan Markle welcomed their first child to the world yesterday, they opted to honor Diana in a special way.

Princess Diana, adored and loved in her nation and beyond, was taken from the world far too early. She was tragically killed in a Paris car accident in 1997, leaving behind sons William and Harry.

Today, both boys have grown into fine men, and they continue to honor their mother every day through their actions.

August 13, 1988. Princess Diana with Prince Harry on holiday at the Palma de Mallorca in Spain.

Just as Diana was, Prince Harry has been actively involved with charitable organizations that strive to make this world a better place.

When Harry married Meghan Markle last year, the couple paid tribute to Diana by way of Meghan wearing a wedding ring crafted with diamonds from the late Princess of Wales’ personal collection. In addition, St. George’s Chapel was filled with Diana’s favorite flowers.

Of course, it wasn’t long after the wedding that Meghan and Harry revealed they were expecting their first child. Yesterday, Monday 6, the couple announced that a new prince had been born.

“I’m so incredibly proud of my wife,” Harry said. “As every father and parent would ever say, your baby is absolutely amazing, but this little thing is absolutely to die for so I’m just over the moon.”

Sadly, Princess Diana will never get to meet her grandchildren. Even so, it was clear she was in Prince Harry’s thoughts on the big day.

Harry and Meghan’s tribute to Diana

Prince Harry and Meghan once again paid tribute to Diana, by way of acknowledging her family when informing the world of their son’s birth.

A palace statement, designed to illuminate those who had been first informed of the baby’s birth, explained that Lady Jane Fellowes, Lady Sarah McCorquodale and Earl Spencer, Diana’s three siblings, had been told, as per the Daily Mirror.

This is in contrast to Prince William and Kate Middleton’s previous announcement, where Diana’s brother and sisters haven’t been mentioned amongst the first to be informed. In any case, it’s a nice gesture made by Prince Harry, and one that shows just how much Diana’s memory means to him.

Prince Diana may be gone, but her legacy lives on.

Please share this article to commemorate her memory and congratulate Prince Harry and Meghan.