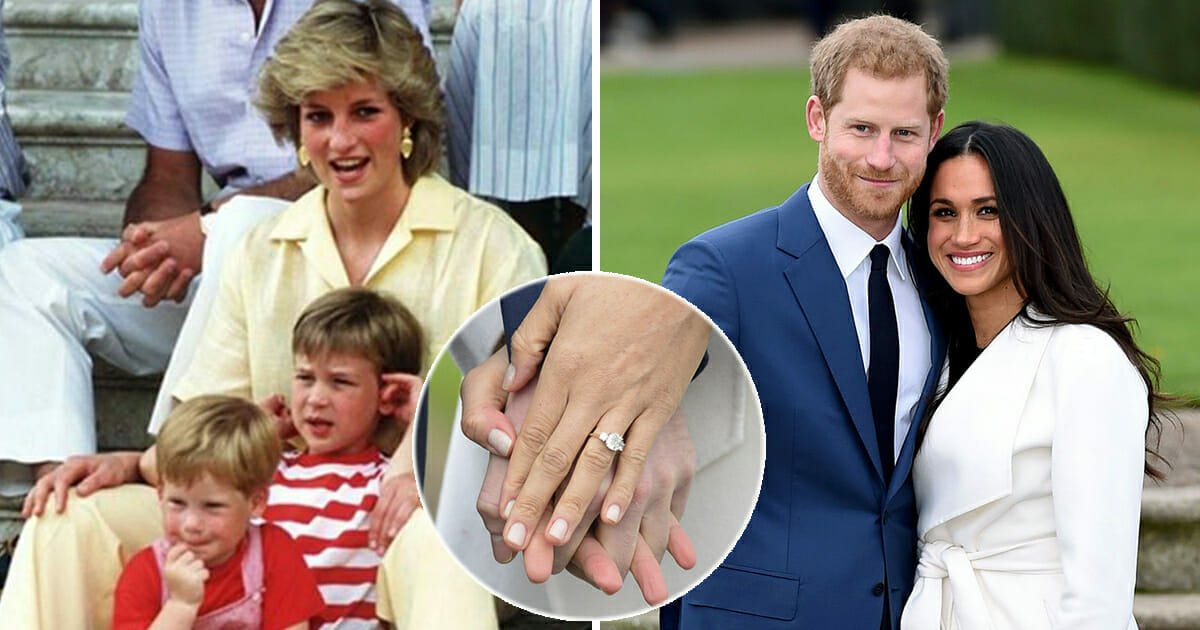 The couple made their relationship official in 2016 and are due to be married in Spring 2018.

Prince Harry and Meghan got engaged in London a month ago, according to an official statement from the palace. The press statement confirmed that Queen Elizabeth and the royal family have been informed. Prince Harry has even received Megan’s parent’s “blessing” ahead of the wedding.

On Monday the couple announced the happy news – and took the opportunity to show the engagement ring. Prince Harry designed Meghan’s ring himself– and it’s a tribute to his mom, Princess Diana.

The two smaller diamonds on each side of the ring belonged to Diana’s private collection, and sit alongside a larger diamond from Botswana. The ring is a beautiful tribute to Harry’s beloved mother, who tragically passed away in 1997.

The engagement ring is gold and made by Queen Elizabeth’s court jeweller Cleave & Company.

August 9, 1987 Princess Diana and Princes William-Harry on holiday in Majorca, Spain to visit with the Spanish royal familyDiana, Princess of Wales 1961-1997

After the wedding, the young couple will live together in Nottingham Cottage at Kensington Palace.

Meghan Markle, 36, is most known for her role as Rachel Zane in TV-series Suits.

“We are incredibly happy for Meghan and Harry. Our daughter has always been a kind and loving person. To see her union with Harry, who shares the same qualities, is a source of great joy for us as parents.”

You can see Harry and Meghan talk about their engagement here:

A huge congratulations to you both! Share this story and help us congratulate the happy couple in the comments!