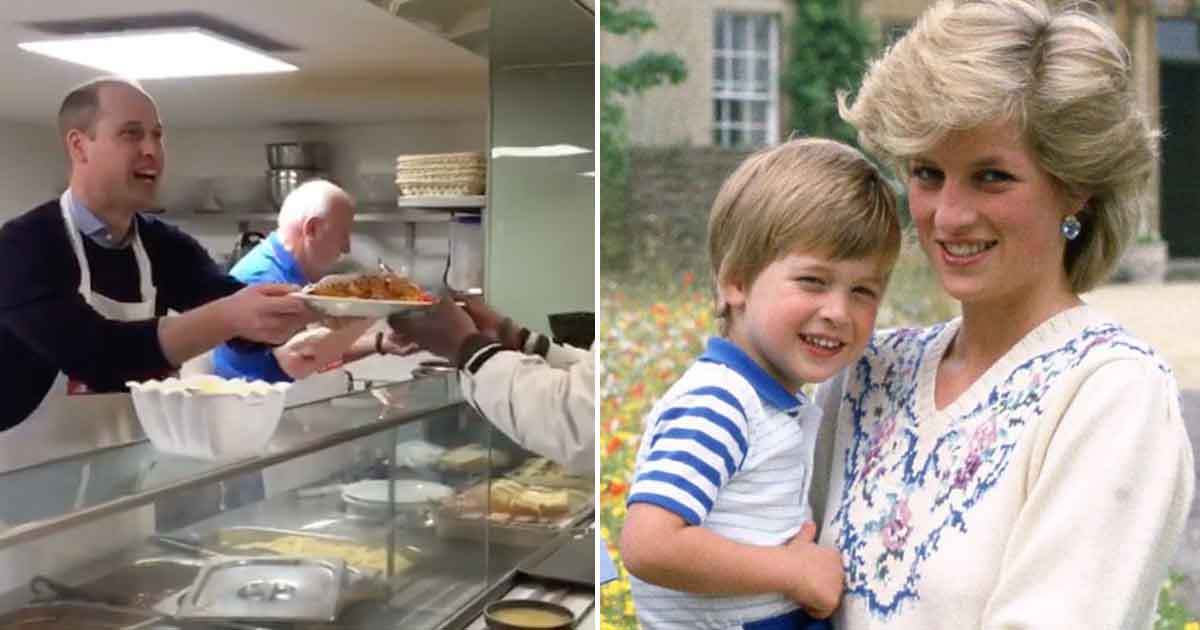 It’s been 25 years since Princess Diana left this earth.

Now, it turns out, Prince William is following in his mother’s footsteps.

This week, the heir to the British throne found himself in a kitchen serving spaghetti bolognese to the homeless …

The Duke of Cambridge visited The Passage today for the first time as the homeless charity’s Patron. His Royal Highness helped Head Chef, Nour Shab, prepare spaghetti bolognese, before joining in the lunch service with Malcolm, who’s been volunteering with the @passagecharity for 21 years ? Later, The Duke met people taking part in the charity’s ‘Home for Good’ programme, which pairs volunteers with formerly homeless clients to help them settle into community life.

William made an appearance in The Passage, Britain’s largest center for homeless people to get themselves something to eat, according to British newspaper Metro.

The prince has become a figurehead for The Passage, an organization that has helped over 130,000 people in crisis through its resource center, projects and accommodation services.

William was pictured 25 years after visiting the same place in 1993, along with his mother, Diana, Princess of Wales, and his brother, Prince Harry.

Indeed, Diana took her boys along on several visits to The Passage, both on publicized trips and those out of the spotlight.

Princess Diana and Prince Charles with sons Prince William and Prince Harry prepare for a cycling trip in Tresco during their holiday in the Scilly Isles – 1989Diana, Princess of Wales 1961-1997

It certainly seems the charitable nature of her soul was passed onto her children. Both William and Harry have worked with great causes in the past, so it was of little surprise to see the former serving food and telling homeless people “enjoy your meal”.