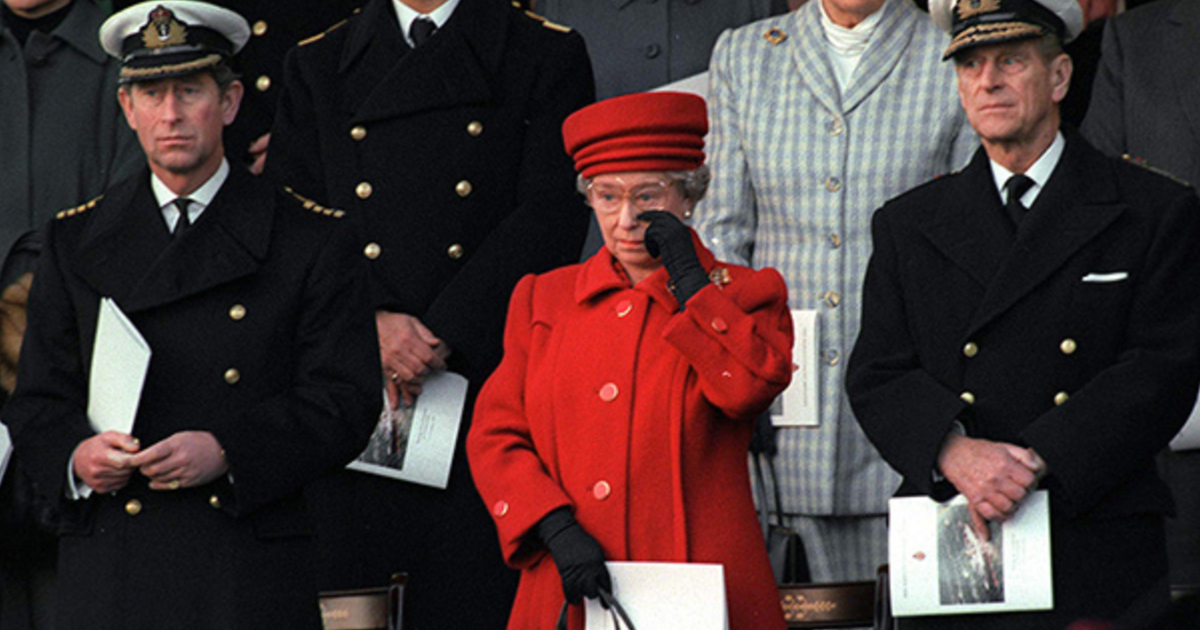 Being a member of the British Royal Family comes with certain expectations. Over the course of a number of centuries, they’ve cultivated an air of invincibility, almost a sense of being more.

Of course, the truth of the matter is that they are very much human, and thus susceptible to the same flaws and vices as the rest of us. Over the past few decades that’s been made abundantly clear via a string of high-profile scandals that made their way to the tabloid press.

Despite Queen Elizabeth‘s best efforts to maintain a monarchy of tradition, decorum and propriety, the UK’s royal household has been the subject of scrutiny on numerous occasions, in no small part due to the behavior of her family members.

Perhaps there is no better example of this than when the queen’s own sister, Princess Margaret, was exposed by the tabloid press for having an affair with Roddy Llewellyn.

Princess Margaret, Countess of Snowdon, was born in 1930, the only sibling of Queen Elizabeth. Her life changed dramatically aged just 6, when her uncle, King Edward VIII, abdicated his throne to marry divorcée Wallis Simpson.

That decision meant that Margaret’s father became the King of England in a single stroke, naturally elevating Margaret and her older sister Elizabeth in terms of importance. Margaret suddenly found herself second in line to the throne, with Elizabeth becoming the heir apparent.

The two sisters were much loved by the British public during their youth, helped in no small part by their conduct during World War II. As per reports, both Margaret and Elizabeth remained at Windsor Castle throughout the Second World War, despite advice to evacuate to Canada.

It wouldn’t be long before Margaret would begin to establish a reputation as the ‘wild child’ of the royal family.

The press were quick to portray her as an extravagant personality – she was dubbed the ‘party princess’ in some quarters – and became known for her smoking, drinking and friendships with the celebrities and high-profile entertainers of the day.

Following the war, Margaret fell in love with Group Captain Peter Townsend, though it’s unclear exactly when their romance started. Townsend – 16 years Margaret’s senior – had two children by his then-wife, Rosemary Pawle, and the fact that he was already married birthed all manner of problems for the would-be couple’s aspirations.

Indeed, Margaret and Peter’s love affair became public knowledge after a journalist reportedly spotted the princess affectionally removing a piece of lint from Townsend’s jacket during Queen Elizabeth’s coronation in 1953.

Later that same year, Townsend would propose to Margaret, but due to her age – 22 – and her close ties to the line of succession, the princess needed her older sister’s consent.

Elizabeth is believed to have asked Margaret to wait a few years, which she and Peter agreed to, but two years later the younger princess went public with a statement revealing she had decided not to go ahead with the marriage.

Instead, she would go on to marry photographer Anthony Armstrong-Jones in 1960. The couple had two children: a son, David, and a daughter, Sarah. In fact, their wedding ceremony was the first royal wedding to be broadcast on television, attracting viewing figures of some 300 million worldwide.

By the early 1970s, however, Princess Margaret and Anthony had drifted apart from one another. Rumours of infidelity were rife, not helped by the fact the princess already had a reputation for being the ‘party princess’.

Things came to their head in 1976, when her affair with Roddy Llewellyn was made public. The world watched on with intrigue as an image of Margaret and Llewellyn in swimsuits was published on the front page of the News of the World newspaper.

Needless to say, the scandal became a dream for the press. Margaret was painted as a having “preyed” on Roddy, who was many years her younger. Members of the British parliament even called her a “royal parasite” who was wasting taxpayer money as she lived a lavish lifestyle far removed from that of her older sister.

In actual fact, as per reports, her husband, Anthony, had engaged in a number of extra-marital affairs during their relationship, leaving Margaret feeling despondent and alone.

“I am not prepared to comment on the events of last week,” he said.

“I much regret any embarrassment caused to her Majesty the Queen and the royal family, for whom I wish to express the greatest respect, admiration and loyalty.”

And yet perhaps the biggest surprise of all, is how Queen Elizabeth reacted to the events. As per History.com, she privately approved of Llewellyn and Margaret’s relationship, and thanked Llewellyn’s ex-wife, Anne Tennant, after her sister’s death, for introducing the pair.

Anne revealed in a 2018 documentary that the queen said: “I’d just like to say, Anne, it was rather difficult at moments, but I thank you so much for introducing Princess Margaret to Roddy ‘cause he made her really happy.”

Sadly, Margaret and Llewellyn’s relationship would fizzle out over time. Llewellyn went on to marry on another woman and Margaret began to suffer with health problems in the early 1980s.

A life-long smoker and heavy drinker, Margaret experienced ailing health towards the end of her life, eventually dying of a stroke aged 2002.

I’m sure I’m not the only one, but I miss Princess Margaret and her down to earth ways. Perhaps at times she didn’t behave like the ‘perfect royal’, but she was a human being and had the same wants and needs as any of us.

I know Queen Elizabeth must dearly miss her younger sister, and the world certainly lost a bright star on the day she died.

Share this article to pay your respects to Princess Margaret! Rest in peace.