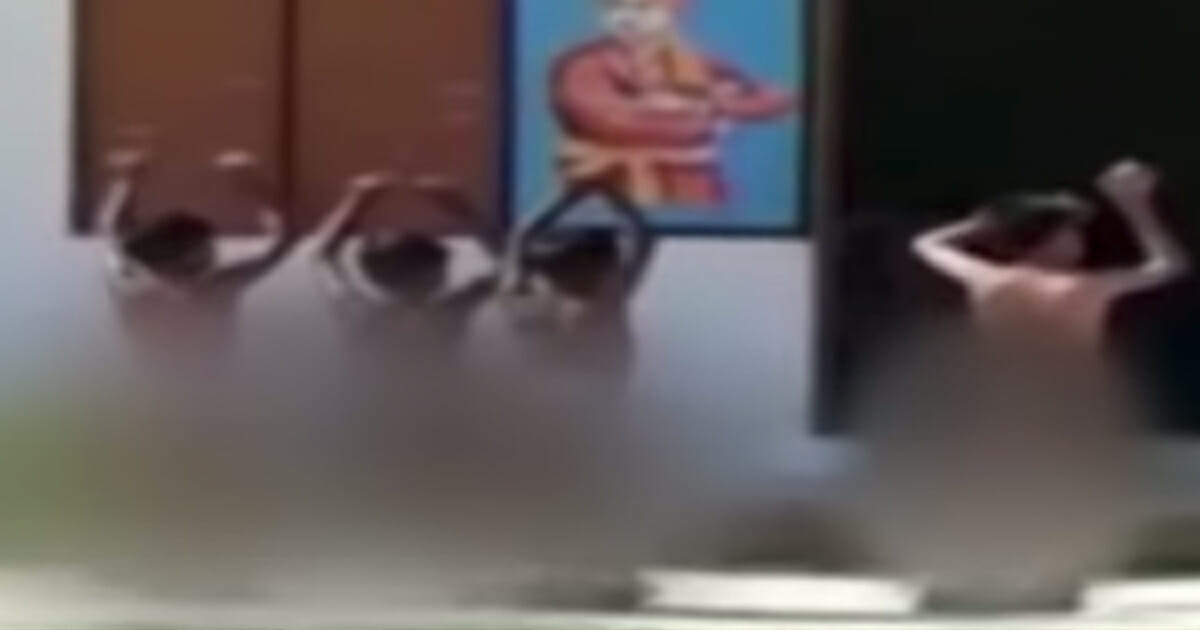 Giving children punishments for breaking the rules or acting out of turn isn’t necessarily a bad thing. It teaches them there are consequences for their actions, as well as encouraging them to respect the system in place and not be of the opinion they can simply do what they want when they want.

When I was at school, I was forever being handed menial punishments for breaking the rules, but I like to think it taught me a great deal. Looking back on it, I can see exactly why teachers threw the book at me if and when I deserved it.

That said, there is such a thing as too much. A truly shocking incident has been uncovered in the Indian state of Andhra Pradesh, at the Chaitanya Bharathi private school. Six young pupils, aged 9-10 were late for school, and they were admonished in the most appalling way …

When six young boys found themselves running late to school in the state of Andhra Pradesh, they never could have anticipated what the principle would make them do.

Instead of simply giving them a warning, or even going so far as exacting a suitable punishment that would ensure they learned their lesson, he decided upon a far more inhumane course of events.

According to reports, the children – all in grades 3 and 4 – were made to strip of all their clothes and stand naked in the sun. To make matters worse, they were told to stand in front of the school itself, in full view of the teachers and other students.

Footage of the punishment later surfaced online, and has resulted in widespread backlash. It’s said the principal responsible, Maharaja Naidu, is on the run, with parents having flocked to the school in droves to furiously protest the next day.

Alarmingly, it’s said authorities have been doing their best to cover up the issue in the wake of it going viral online. The president of Hyderabad-based child rights organization Balala Hakula Sangham, Achyuta Rao, claims the principal in question has the support of the Mandal Educational Officer, who is helping him hush up the incident.

“Our organization had a word with the MEO. Instead of immediately canceling the recognition of the school, the MEO Leela Rani is trying to cover up the issue and has said that she will be taking up the matter with the higher authorities,” Rao said.

“Is that how an issue of such serious nature has to be dealt with? The principal of the school should be booked under POCSO (Protection of Children from Sexual Offences) Act as it’s a clear case of exploiting the children’s modesty. The children should also be given psychological counselling in the aftermath of such a traumatic experience.”

Andhra Pradesh- Chittoor DEO tells me that investigation is underway on the incident where students were punished and made to stand naked in Chaithanya Bharathi School, Punganur. DEO says recognition of school for 2019-2020 could be withdrawn. #AndhraPradesh @CRYINDIA #POCSO pic.twitter.com/BRDgQL1qWw

Indeed, it seems Rao’s organization is taking the lead when it comes to ensuring the perpetrator is dealt the necessary justice. The police have thus far dragged their heels in the matter, but Rao’s organization have filed a complaint with the National Commission for Protection of Child Rights. Even so, it’s been almost a month since the ordeal, and there have been no updates.

The idea that someone with so much responsibility, someone in a position of power close to the children, could act in such a cold, callous and frankly disgusting manner is deeply unsettling. What’s more, the prospect of the offender not being punished himself in any way is equally disturbing.

Help us raise awareness about this story in the hope that the man who did it won’t be allowed to get away freely.