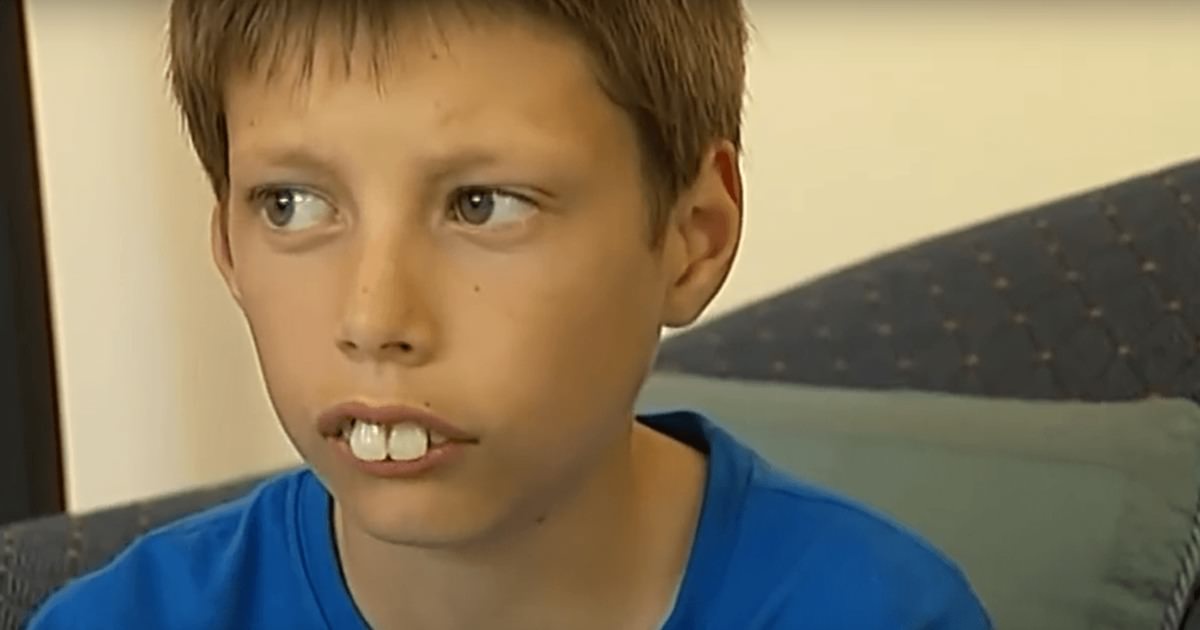 All types of bullying are horrible and unacceptable – whether it is toward children at school or adults in their workplace.

Growing up wasn’t easy for Evan Hill from New Zealand, mostly due to all the teasing and bullying he had to endure because of his unusually large front teeth.

His teeth made him an easy target for bullying at school. He was given the nickname ‘rabbit boy’ because of his two big pearly whites that stuck out – much like a rabbit.

But in addition to the taunting and harassment his large front teeth caused, it also led to a number of physical complications.

Among other things, he struggled to physically close his mouth entirely. Evan’s parents were not able to help their son because they could not afford the operation he required.

Then, a magazine decided to publish a story about Evan and his teeth. The story touched a number of readers.

He was met with overwhelming support from not only his hometown, but across the country.

So much support that strangers actually launched a fundraising campaign to help raise the money needed for Evan to undergo the operation he desperately wanted.

“I don’t know where we would have been today without the generosity we had,” Evan’s mother told Newshub.

Hundreds of strangers donated and there was enough money raised to cover the operation – all from private donations.

There was even money left over which was donated to a charity to help other children who can’t afford dental surgery.

When the surgery was over Evan could finally smile without feeling embarrassed or ashamed about it.

Watch how he looks today in the video below!

No one should ever be bullied because of the way they look, but I’m really happy Evan got the surgery he wanted.

This story shows humanity at its best – when people get together and help others, we’re able to work wonders!