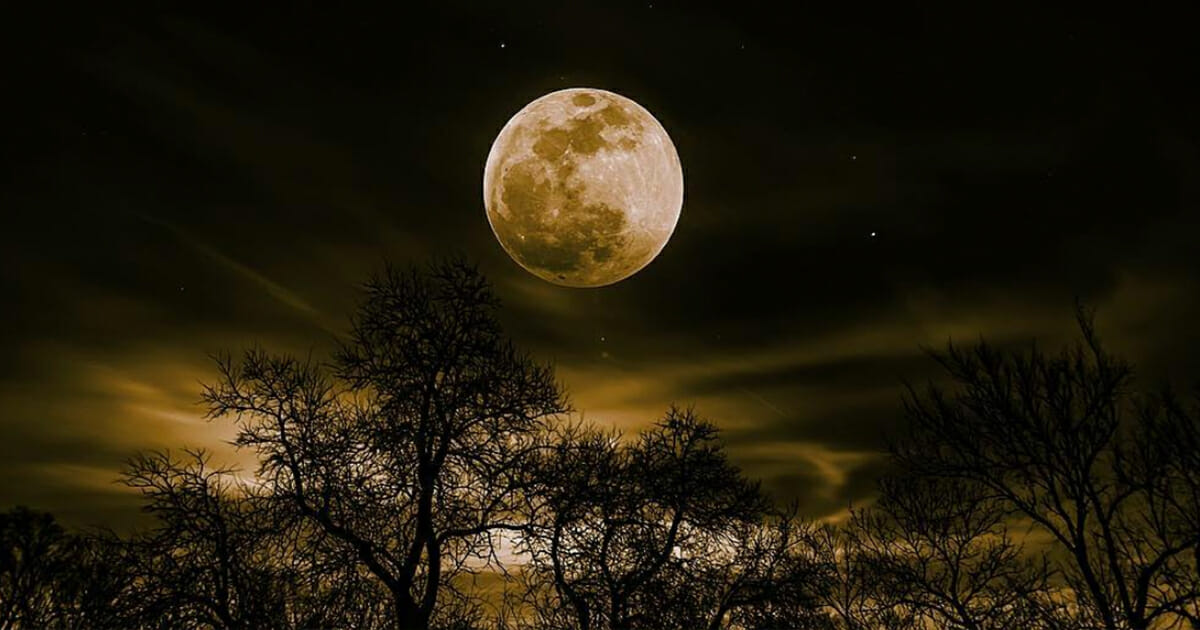 For those budding astrologists amongst you eager to see another starry-skied spectacle, you’re in luck.

According to reports, February’s full moon is set to be the biggest and brightest of 2019 because its orbit brings it the closest to earth (at the small distance of 221,700 miles) …

Now, February’s offering won’t be termed a blood moon, because there won’t be the reddish, rusty tint those who witnessed last month’s spectacle will be familiar with.

However, a “super snow moon” appears to offer an appeal all of its own. Reports state that the super snow moon will be the biggest and brightest of the year, and will be at its fullest phase on Tuesday, February 19, at around 10:53a.m. Eastern Time.

The Full Moon for February 2019 reaches its peak on the 19th at 4:53 PM in #amsterdam. ? . This Super Full Moon brings opportunities for #change, #romance and #success. This is wonderful timing because it follows on from the good news, good luck February 4 new moon. It is such a rare thing to have consecutive moon phases with so much potential. Read more about this full moon in our blog link! ?? . . . . . . . . . #fullmoon #amsterdamlife #astrology #astrologyposts #astrologie #vollemaan #maan #moon #health #consciousness #starsign #virgo #stars #zen #supermoon #february #2019 #snowmoon

Experts state that the moon will look as though it is full both the night before and the night of its peak. This means that if you’re not around on the Tuesday, you can watch on Monday night and should get a similar experience.

What is a super moon?

“Super moon”, “blood moon”, “wolf moon”: It’s understandable that these terms can all be a bit confusing.

In layman’s terms, a super moon is one that tracks closer to the earth than usual. This means it can seem bigger and brighter to those viewing it from earth, especially when it begins to rise over the horizon.

Well, I’ll certainly turn my eyes to the sky this week!

Help us spread word of this fascinating phenomenon by sharing this article on Facebook!