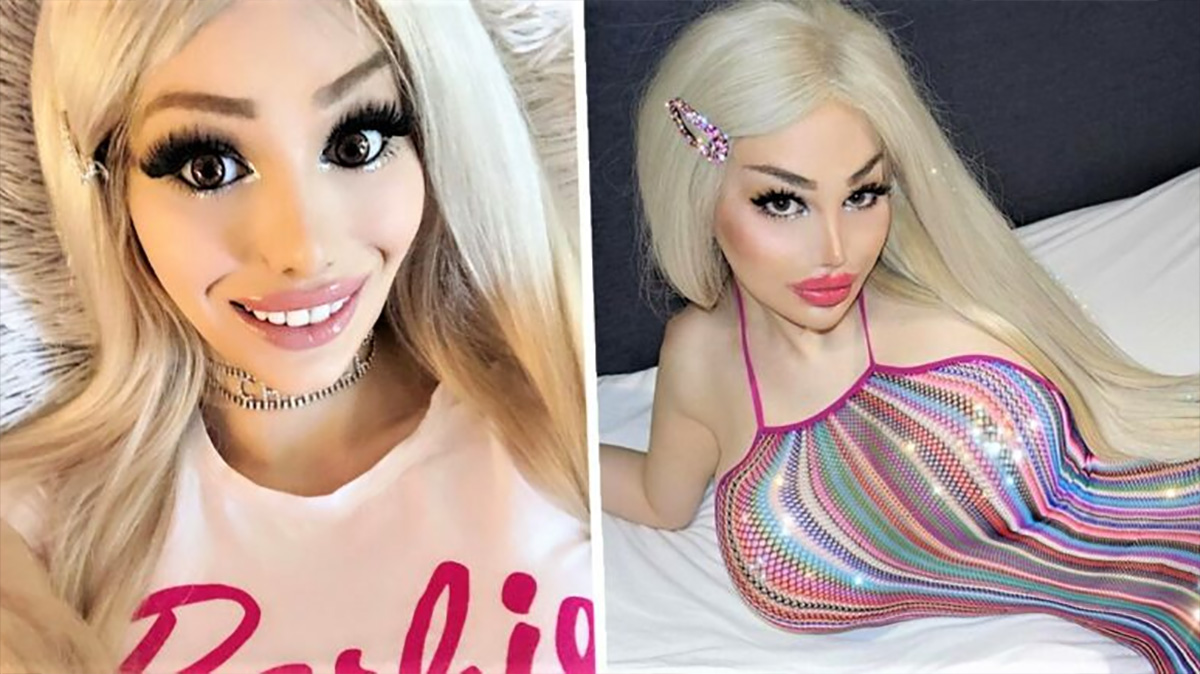 At 17 years old, Barbara Luna Sipos began her dream of becoming a real-life Barbie and had her first cosmetic procedure.

But the Hungarian model says she can’t work a regular job because it’s hard for men to be around a “hot girl.”

Starting with her first breast augmentation as a teenager she has gone from a size 34B to 34F thanks to her now ex-husband who she met in 2016 and paid for “almost all” of her surgeries, according to UNILAD.

Barbara has had a chin and jaw reduction, Barbie forehead surgery, a brow and lip lift, a Brazilian butt lift and lip filler treatments.

And while she’s much happier with her appearance she has had to turn her back on “regular work” as men are too “sexual” with her.

Barbara, who now works as a web model, said she was forced to quit her old job because her charisma drove men crazy.

“It is because we still live in a patriarchal society, like it or not. I am all for feminism but very feminine girls like me shouldn’t have to deal with men in the workplace. Men are driven by their sexuality and it’s hard for them to be around a hot girl,” she said.

Since divorcing her husband in 2019, she has worked as a lingerie model because she says she has “social anxiety from [her] past traumas of dealing with the ‘normal life’ of work”.

Barbara has more than 12,000 followers on her Instagram page, where she says she is more than just her looks.

“The plastic bimbo doll look doesn’t mean we are less intelligent and I wish to show the world that I am not naive or dumb,” she said.

Now, Barbara is hoping to find her “forever husband” but doesn’t think she’ll have a problem.

“Men love my look. Some closed-minded men who aren’t self-confident don’t want to date me which is fine,” she said, as per UNILAD.

“I like open minded people and I like to impress them and show them that I am not just a brainless bimbo but it is hard for me to make people take me seriously.”

Barbara now plans to have a third rhinoplasty, along with rib removal surgery and butt injections.

What do you think of Barbara’s look? Feel free to post your comments on our Facebook page and don’t forget to share this story with your friends.