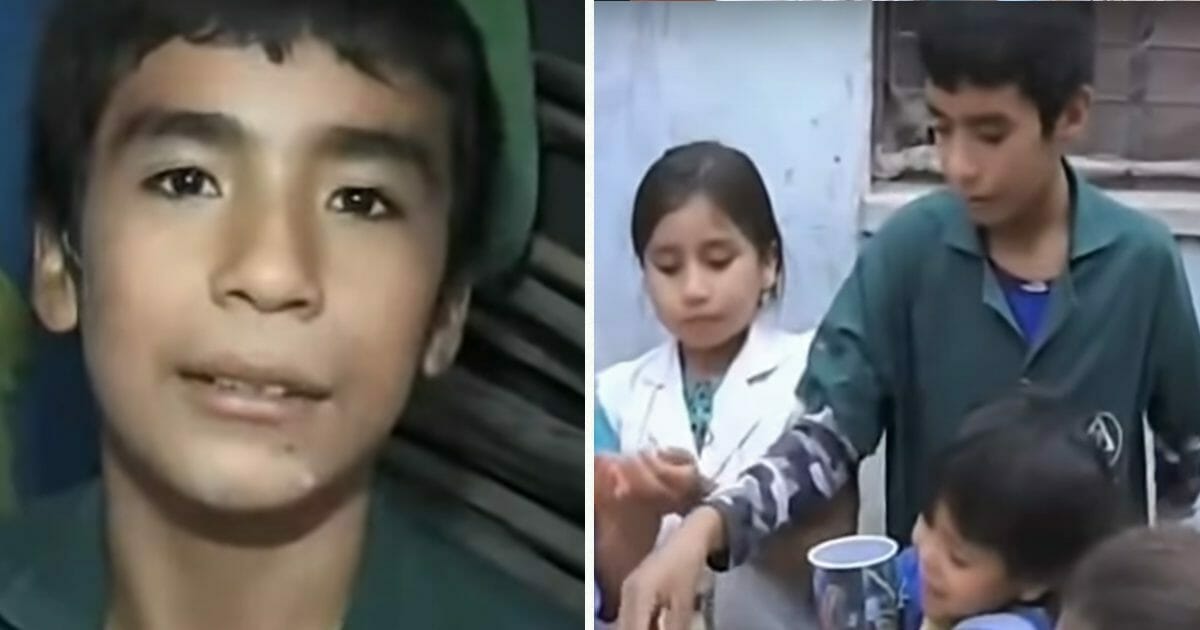 Many of us see issues in our community that need to change but not many of us are brave enough to take that step and do something about it.

We see homeless people struggling to get by, families begging for food and even children on the streets during the day when they should be in school.

But the idea that one person could do anything to make a real difference is an idea most of us dismiss.

However, one 12-year-old boy has not only identified a huge issue in his community he did something bold and effective about it.

Leonardo Nicanor Quinteros, from Las Piedritas, near San Juan, in Argentina built his own private school near to his grandma’s home and has 36 pupils, some of them adults.

Leonardo has a passion for learning and was saddened to see kids his own age struggling to keep up at school and some not even attending.

He came home from school one day and told his grandmother Ramona that he wanted to start his own school and asked her to help him build it, on a plot of land next to her house.

Today, the school may not look much from the outside but inside it’s filled with work benches for all students, lockers and even a small library thanks to help from neighbors and organizations impressed with his work.

Leonardo, known as Nico, has even managed to have a sound system fitted so he can play Argentina’s national anthem before classes, like all schools do in the area.

Like every child, Nico goes to school every morning, but in the afternoon, in whatever weather, he gets on his bicycle and heads to his own school to teach classes in six different elementary and kindergarten classes.

“He does not miss school, he is amazing. I can not believe what he does, ” Nico’s grandmother, Ramona, said.

Most of the students at Nico’s school are younger than him but there are a few adults who attend the school, with many praising the education hero for helping them through their studies.

“It helped me to pass the grade, now I’m in third grade,” one of Nico’s students told Clarin.

We think Nico is a real hero and an inspiration to all of us who want to do something to make a difference, proving that age should never be a barrier.

Please share this story if you were also touched by the dedication of Nico and help share the work of this amazing young boy.