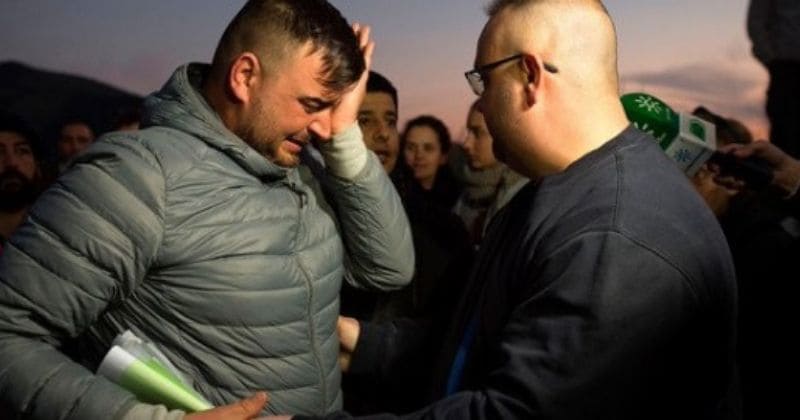 It was on Sunday, January 13, that a two-year-old boy fell into a borehole 360 feet deep in Totalan, Spain.

Little Julen Rosello had wandered off from his parents whilst they were out on a family picnic. It’s believed he slipped and fell the equivalent of 30 stories.

A rescue operation was launched, but the borehole is extremely narrow, making it impossible for an adult to crawl through its walls …

Rescue teams have been working tirelessly to establish contact with the boy, but even the robot they lowered down could only get 229 feet down before the closeness of the walls impeded its path.

The boys parents, who lost another child last year to a medical condition, are naturally distraught, and now face a heartbreaking wait to be reunited with their baby.

Since Julen first fell, there has been nothing but silence from the depths of the borehole, but neither the family nor the rescue teams are allowing that to dampen their hope. The robot was able to identify the candy the boy had with him, as well as identify his presence through DNA extracted from hair.

Experts working on the operation had set Friday as an optimistic deadline for Julen’s rescue, but their plans were put paid to by the challenging terrain.

“We continue to work intensely, nonstop, and we hope to reach our desired goal very soon.”

The two-year-old has now been trapped for more than a week, and his father has pleaded for people to pray for the family. “My wife is broken. We are dead inside. But we hope we have an angel to get my son out of there,” he said.

A massive rescue operation searching for a 2-year-old boy who fell down a well has gripped Spain. Local officials say they've lost count of how many international companies have offered help. https://t.co/auhAUkCoJT

Thus far, efforts to dig down into the borehole have been held up by granite, slowing progress greatly. The team also have to be mindful of not drilling too recklessly and causing the ground supporting the hole Julen is trapped in to collapse.

Officials have confirmed no signs of life have been found, though they will continue to work without pause in a bid to find the boy.

This little boy and his family need all our hopes and prayers.

Share this article and let’s send all our love at this most terrible of times.