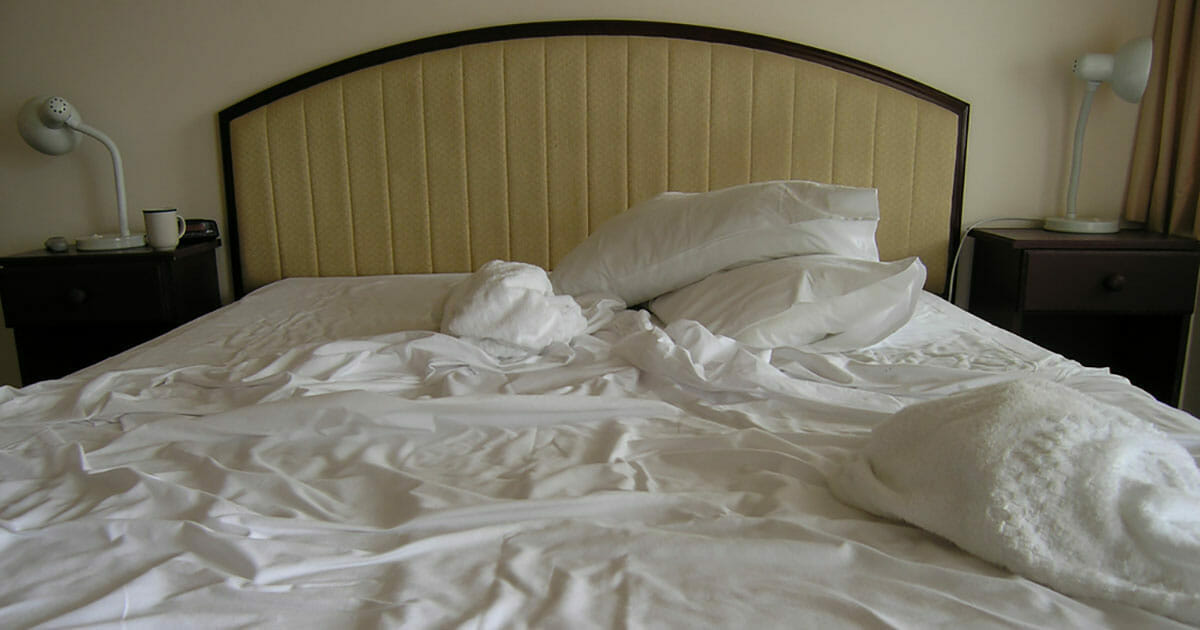 Booking a night of two in a hotel is one of those things that everyone needs to do from time to time. The feeling when you drop your bags, throw on your dressing gown and jump into a soft, inviting bed … nothing beats it!

But the next time you go to check-in at a hotel, there’s some information that all people should have a read of.

Scientists have now determined exactly what the dirtiest thing is you’ll find in your average hotel room. And no, it’s not what you think …

The idea that hotel rooms are not 100% squeaky clean isn’t really that strange. After all, think of how many thousands of guests may have stayed in a room, walked where you’ve walked, slept where you’ve slept, showered where … you get the point.

When maids and cleaners do their job, it’s only logical to assume they miss a spot or two from time to time. What many people don’t often think about is the fact that the surviving bacteria are often to be found in the most startling of places.

When people think of bacteria build-ups from previous guests, they might think about the carpet, the drinking glasses, perhaps the toilet … so it’s quite the surprise to discover that the dirtiest part of a hotel bedroom is something different entirely.

This is according to a study conducted by researchers at the American University of Houston. They wanted to know where bacteria most commonly accumulated in hotel rooms, and so thoroughly assessed 19 different hotel rooms in three different cities.

They took samples of every inch of the room. That’s right, every square was swabbed, including door handles, lamp shades, light switches and everything in between.

The result? Around 81 percent of all surfaces had traces of bacteria – and, to their surprise, they noticed that one of the worst bacteria build-ups occurred on … the remote control.

This little gadget, like most things we often handle and leave lying around the room in different places, is so riddled with bacteria that it might surprise you. Let’s just say that it’s probably best for you to wash your hands after flicking through a hotel’s TV channels.

For those wondering, the toilet and bathroom sink, as expected, had lots of bacteria, as did the lamp switch beside the bed. Even more alarming were the levels of cleaning equipment such as mops and carts.

When the carts are so dirty, it increases the risk of transporting bacteria from room to room.

If you’re planning on staying in a hotel room anytime soon, I suppose this is the last thing you want to be reading. But then, at the same time, the study wasn’t designed to scare away guests, but rather to encourage hotels to review their cleaning routines.

I would have guessed at the carpet or bedding, but the fact remote controls are so dirty? I had no idea! I’m sure there are plenty of others who are equally in the dark.

Share this article with friends and family so they learn the truth about where bacteria commonly builds up in hotel rooms. Washing your hands more can certainly help, and I think everyone deserves to be privy to this sort of information when they check-in.