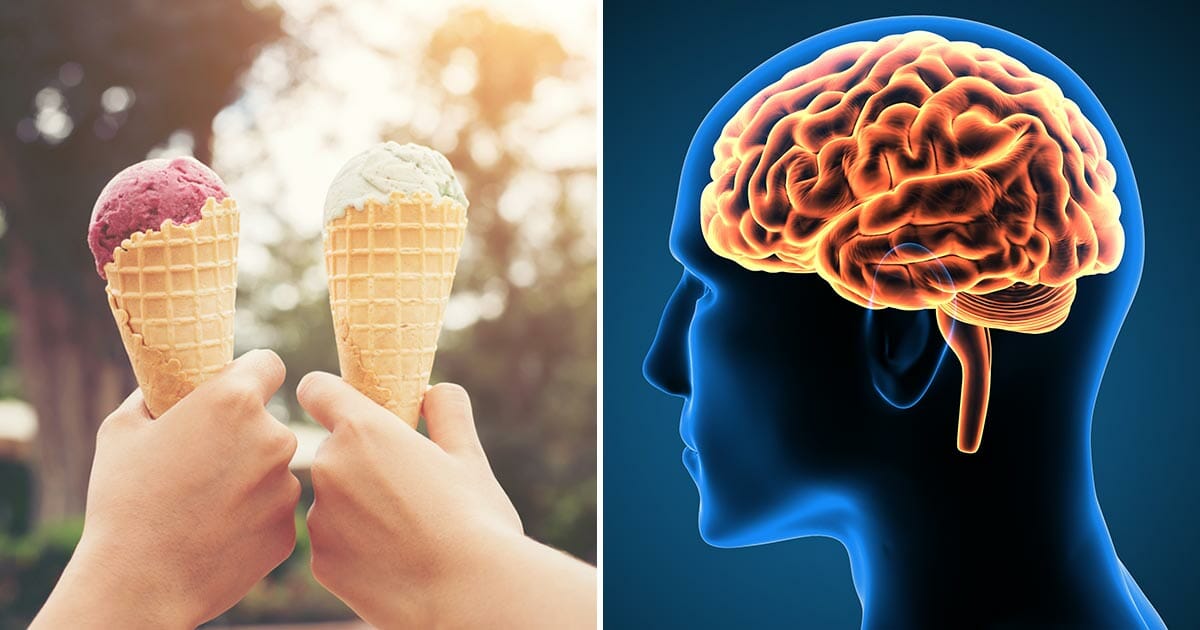 The summer is in full swing and for most of us that means heat, heat and more heat.

Yes, the sun is a brilliant boost to our days, but let’s face it, we all need to cool down sometimes. Personally, I like to kill two birds with one stone in this respect and go for an ice cream once a day during summer. I’ve often considered that it’s perhaps not the healthiest way to get some cool relief… that was until recently. Now, it would appear that eating one ice cream a day can actually be good for your health.

Why, you ask? What’s the mystical, magical reason behind this impossible devilry? Well, I’ll explain…

Here are 5 reasons you should eat an ice cream every day.

Sure, an ice cream isn’t about to appear on any self-respecting dietary plan anytime soon, but if you opt for ice cream with basic ingredients, you can actually gain a lot of important nutrients. For example, calcium is good for the skeleton, potassium good for low blood pressure and B vitamins important for cell growth.

2. Can help with weight

A study published in the American of Journal of Clinical Nutrition showed that women who ate a portion of milk products with natural fat content every day, such as an ice cream, gained less weight than those who didn’t. Of course, as with all things, it’s important to remember moderation here: You shouldn’t be consuming gallons of ice cream each day, but rather enjoy it as a treat.

Yes it sounds counter intuitive, but researchers in Japan say that ice cream in the morning isn’t that silly after all. A study published at Kyorin University proved that people who ate ice cream in the morning were better able to capture information, retaining it faster than their non-ice cream eating counterparts. One theory is that the cold increases the brain’s alertness.

That said, the same study tested the effects of drinking ice-cold water in the morning, but didn’t obtain the same results.

4. Can better your sex life

Since ice cream is rich in both calcium and phosphorus – two properties that build energy levels – ice cream could actually improve your sex life. A survey at Chicago’s Smell and Taste Treatment and Research Foundation showed that some men get excited about vanilla. It could well be that giving your man a scoop of vanilla ice cream gets him in the mood.

You read that right. Ladies, ice cream can increase your chances of getting pregnant. Over 18,000 women between the ages of 24-42 were part of a study at Harvard University. Women who ate ice cream with high fat content once or twice a week ran a 38 percent less risk of infertility, compared with women who never ate ice cream at all.

Obviously, it goes without saying that ice cream should be enjoyed in moderation and not consumed as a dietary supplement. However, it does make me feel a whole lot better about grabbing one ice cream a day. Share with all your friends who love ice cream too!