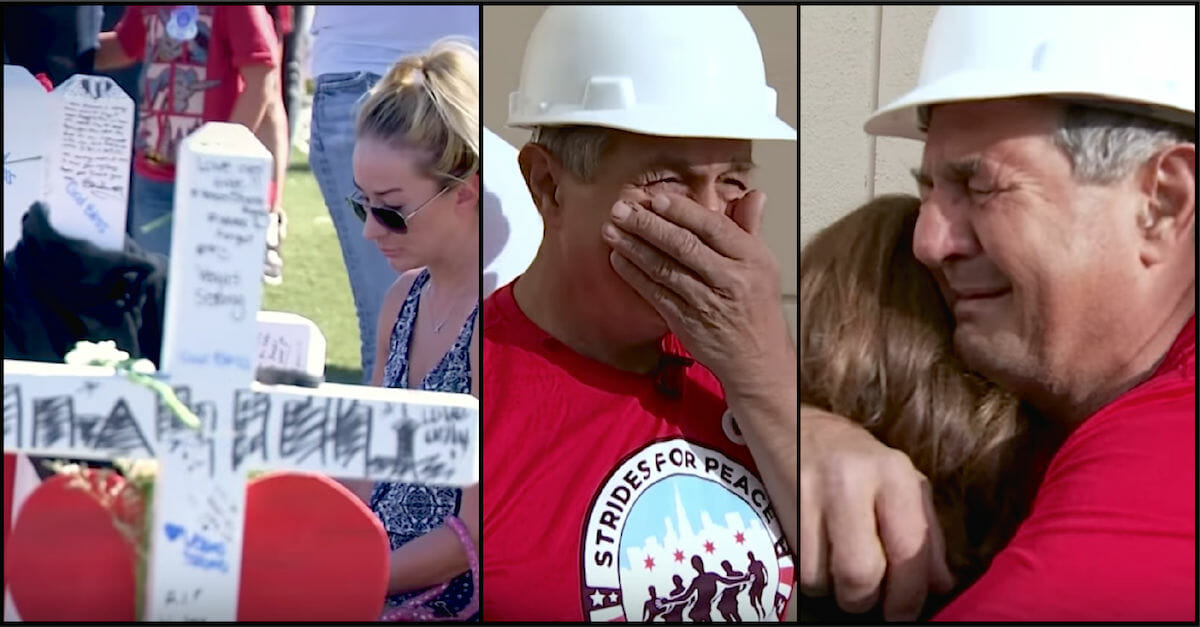 Greg Zanis, a 66-year-old retired carpenter from Illinois, knows thing or two about personal tragedy; he’s experienced plenty of it close up.

22 years ago, he found his father-in-law murdered at the bottom of a staircase. The loss changed Greg’s life forever.

Later that same year, a little boy from Greg’s community was killed in gang-related crossfire.

Greg used his carpentry skills to build a big cross to honor the boy. He hand delivered it to the child’s grieving mother as his way of showing respect.

He didn’t know it then, but his little gesture of compassion would develop into something far bigger over time…

For the past 20 years, Greg has travelled all over the United States to deliver his hand-crafted wooden crosses to people who have suffered from the worst kinds of tragedies. He does this to honour people who have been victims of meaningless violence.

Amongst other projects, he made 13 crosses after the infamous Columbine High School shooting of 1999, 12 for the victims shot dead at the cinema in Aurora, Colorado, 49 after the massacre at the Pulse nightclub in Orlando … the list goes on.

Just days after the massacre at the Las Vegas musical festival – the deadliest mass shooting committed by an individual in modern American history – Greg spent almost 80 hours building crosses for the 58 people killed.

Greg Zani’s kindness has not gone unnoticed and many people have paid tribute to the man’s selfless deeds. That said, how own daughter admitted that it was taking its toll on his family, as they didn’t have the means for him to produce crosses without inflicting financial stress on themselves.

Even so, the carpenter himself had no plans to stop producing the work, as he knew how much it meant to those in mourning.

In the aftermath of the Vegas tragedy, the team at Fox5 Surprise Squad decided to pay tribute with a special gift of their own. It was like nothing Greg had ever received before.

Watch the video below to see the heartwarming surprised:

Well, that had me reaching for the tissues. Share this story on Facebook if you think Greg deserves tributes from all over the world. Did this surprise make you emotional? Let us know!