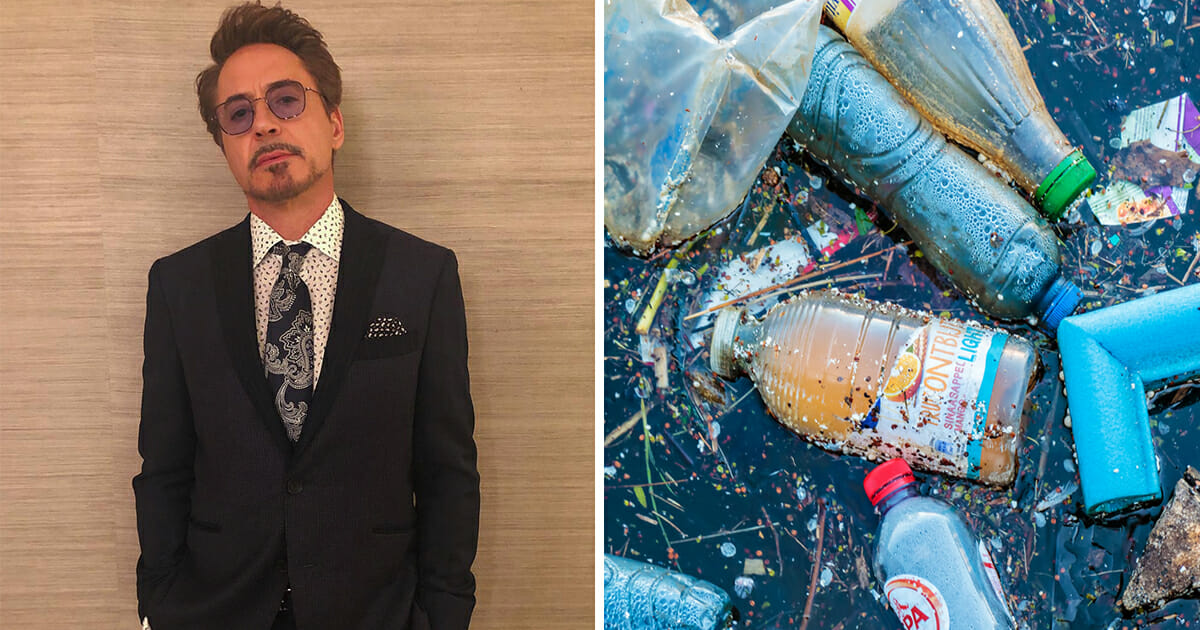 Given the current level of environmental threat facing our planet, it’s not too much of a stretch to say that the Earth could do with a superhero.

Fortunately, we may well have one. Robert Downey Jr. – and no, we’re not just talking about him in Iron Man mode – is stepping up to the plat when it comes to making a difference for the Earth’s future. The actor seemingly has big plans to help clean up our world before its too late.

But guess what, it get’s ever better. In a fashion that would make his alter-ego Tony Stark proud, Downey Jr. plans to employ an ace in the hole … artificial intelligence.

Brace yourselves, because this particular bit of news might well sound as though it’s coming straight out of science fiction rather than real life.

According to reports, Downey Jr. has just recently announced that he’ll be launching a new organization named The Footprint Coalition. Beginning in 2020, said organization will endeavour to clean up the entire planet within ten years, utilizing the help of AI.

Speaking at the Amazon Re: Mars conference, the actor stated his belief that artificial intelligence can be beneficial to humans if used for good.

“Between robotics and nanotechnology, we could clean up the planet significantly, if not totally, in 10 years,” he was quoted as saying, before revealing his admiration for the scientists and researchers who had made his planned project feasible.

“God, I love experts. They’re like Wikipedia with character defects,” he said.

As far as specific details, we’re relatively thin on the ground. The Footprint Coalition will commence in 2020 if Downey Jr. is to be believed, with a website having been established so that people can track its progress.

So, what do we think people? With Iron Man at the helm, is it possible to clean up our planet within ten years?

Share this article to pay tribute to Robert Downey Jr. for taking a stand where it’s most definitely needed.