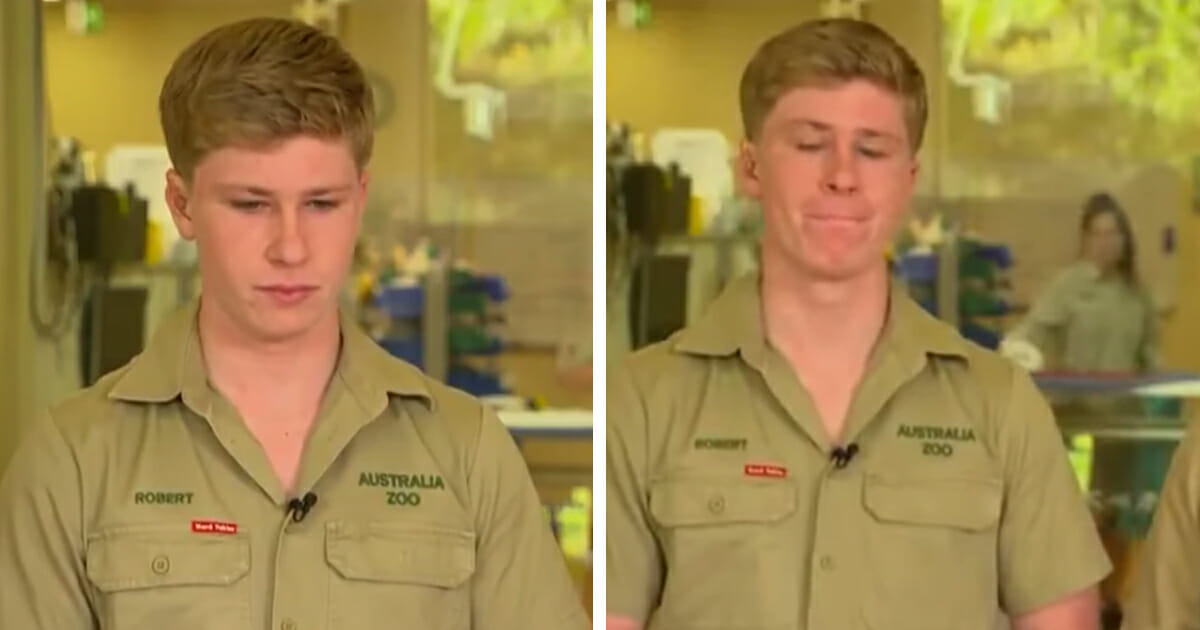 The world can do little save send relief and pray as it watches the bushfires ravage large swathes of Australia.

The blazes have garnered global attention for their sheer size and ferocity. So far it’s estimated more than half a billion animals have died, whilst 25 humans have also lost their lives.

Firefighters and rescue teams are working around the clock to do what they can in the face of the infernos, but the scale of the devastation is unprecedented.

Yesterday we reported on how the Irwin family, known worldwide thanks to the exploits of the late Steve Irwin, are actively doing their best to save as many animals as they can.

Steve’s wife Terri and their son, Robert, appeared on Sunrise to talk about the plight of koala bears in particular; the species has suffered significant losses as a result of the fires. In the clip, Robert can be seen fighting back tears as his mother explains just why koalas have been so severely affected.

“Koala instinct is to go up, as safety is in the top of the tree,” Terri explained.

“Eucalyptus trees have so much oil that they ignite and actually explode in a fire. That means being able to treat and help koalas is few and far between because they’re basically incinerated.”

According to Terri Irwin, it may be necessary to enlist koalas as an endangered species after the fires have run their cause, such is the level of loss.

Of course, it’s not just koalas dying in droves. Much of Australia’s native wildlife continues to feel the strain. Clinics and sanctuaries are springing up around the country in an effort to provide relief and support.

Our hearts go out to all the lives affected by these fires. We’re sending love and prayers in the hope that the damage can be limited soon.

Share this article to pay tribute to all those fighting the fires, including Robert and Terri Irwin and all the brave firefighters risking their lives.