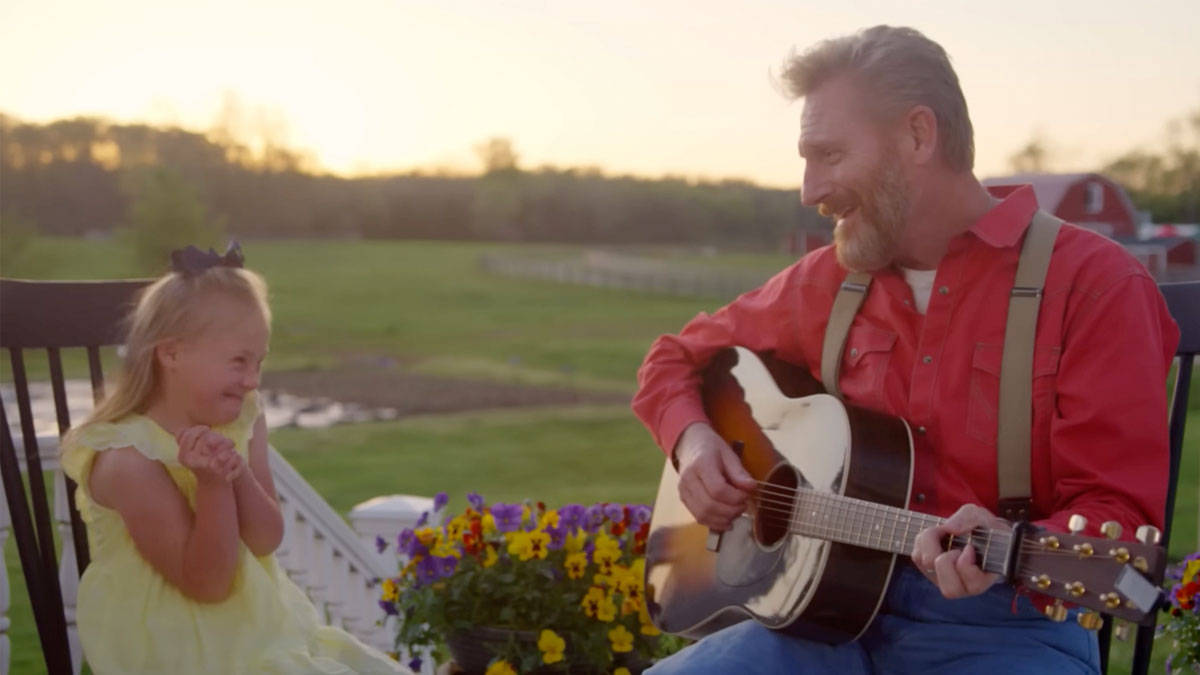 There’s no greater feeling than getting to share your passion with your child.

When she was just a little baby Indiana “Indy” Feek would join her parents Rory and Joey Feek onstage during their shows. Even after Joey died from cervical cancer when Indy was just two years old, Rory continued to perform and little Indy continued appearing onstage with her father.

It wasn’t until recently that Indy, now 8, expressed her desire to sing alongside her father.

“It didn’t take me but a moment to think of which song it should be – one that I’ve known and loved for years. Actually for decades,” the county singer wrote on his blog.

Rory helped his daughter learned the lyrics to a song he taught his oldest daughter Heidi when she was Indy’s age.

The song? “Daddy What If” by Shel Silverstein.

He typed out the lyrics and then drew pictures next to the parts Indy would sing. Rory also changed the lyrics from “Daddy” to “Papa” because that’s what Indy calls him.

Indy practiced every chance she could get.

“She was so proud of herself and so happy that she could sing a real song with her Papa.”

“By Christmas time, she was joining me on stage to sing it in front of the room full of folks who’d traveled from all across the country to be with us… and oh, what a special moment it was for her, for me, and for the surprised people in the concert hall,” he wrote.

After their special onstage performance, Rory got thinking. What if they recorded the song in a studio? What if they made their own video for it?

I am thinking of my own father this morning and of Joey’s father Jack. And of my older girls Heidi and Hopie and the gift God gave me to be their father and Indiana’s. And of course, I’m thinking of Joey and how she would so love this moment. To hear our little one sing with her Papa, and see what a beautiful young lady she’s becoming. And to know that the music that was inside her, is also inside her little girl.

Their duet was incredibly sweet and moving. I hope this isn’t the last time we see Rory and Indy sing together.