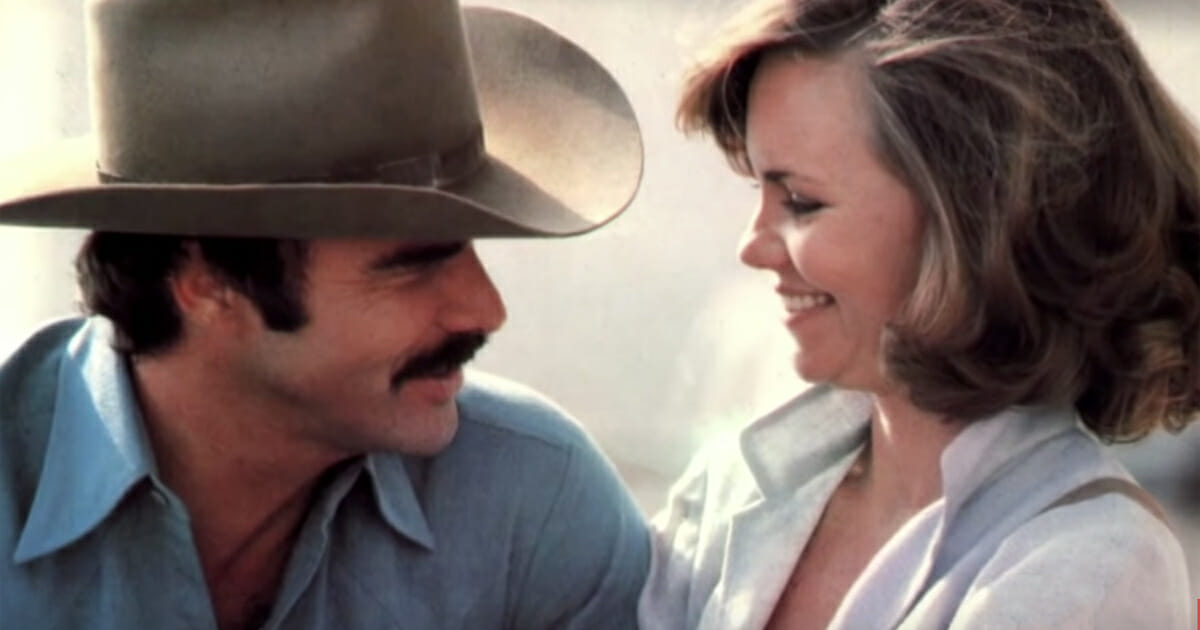 Burt Reynolds’ passing last week was one felt by millions of people around the world.

The 82-year-old died at the Jupiter Medical Center on Thursday, September 6, having suffered from health issues for a number of years.

The actor left an immense legacy behind, including plenty of fond memories retained by former co-stars and friends. Perhaps the most heartwarming came from on-and-off-again girlfriend, Sally Friends. She may have maintained a silence concerning the pair’s time together over the past few decades, but, following Burt’s passing, she’s opened up …

His movie star body-head angle. Supermodels use their angles this way. Joan Crawford used her angles this way. What can I say, Burt is fun to study because star charisma is difficult to describe and yet it’s really fun to try. (Obsessive side note: Jensen Ackles uses his body-neck-head angles like this too – which I’ve written about in my #supernatural recaps.) This type of elongated angle can be suuuuper over the top in less skilled actors. Like: oh my God who are you kidding …But when it works, it works. It has to be FULL. And it’s FULL here. He knows how good he looks, he knows how to use it, and he knows how to fill it with tension but also a kind of grandiose self-confidence which is a character choice here, not actor vanity. Amateurs need not apply. #burtreynolds

Though Reynolds had many flings in his life, he admitted himself that there was one true love. In a particularly candid interview with Vanity Fair, he revealed how Sally Fields was the woman he would remember for the rest of his days.

The two of them met on the set of Smokey and the Bandit in 1977, but sadly things the resulting relationship didn’t work out. After a troublesome period in his life, Reynolds admitted the fall out was probably due to him.

“I miss her terribly,” he said. “Even now, it’s hard on me. I don’t know why I was so stupid. Men are like that, you know. You find the perfect person, and then you do everything you can to screw it up.”

The actor kept his regret for more than 40 years, never knowing that Sally felt much the same way.

And yet, in the wake of his passing, Fields has admitted the same thing.

As per reports, she said: “There are times in your life that are so indelible, they never fade away. They stay alive, even forty years later. My years with Burt never leave my mind. He will be in my history and my heart, for as long as I live. Rest, Buddy.”

Though Burt was given another chance at his special romance with Sally Fields, we hope wherever he is now he knows she harbored feelings for him long after they were separated.

What an incredible actor Burt Reynolds was, and what a hole he has left in the hearts of so many people.

Were you a Burt Reynolds fan? Do you remember watching any of his films when you were younger? If so, share this article to pay tribute to a proper legend.