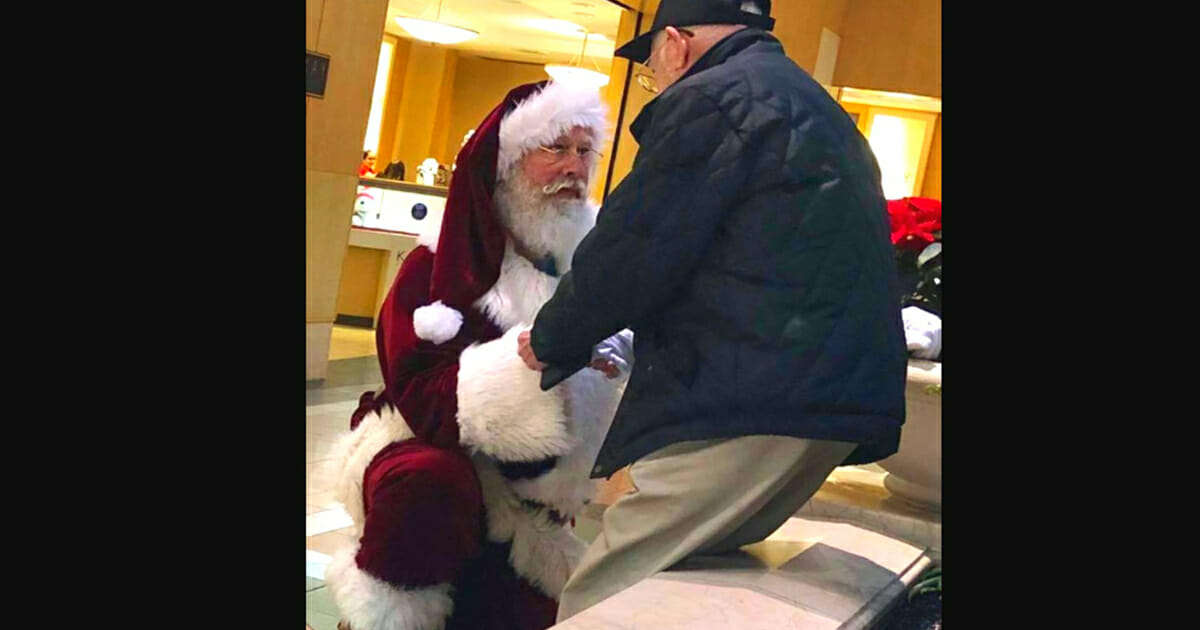 Gina Wilbur was at the Concord Mall in Wilmington, Delaware, trying to do some Christmas shopping when she saw Santa Claus walking by.

Like any doting mom, she decided to snap a photo to show her young stepson. Little did she know she was about to catch the big red man in a truly special act.

In fact, this Santa Claus left Gina in tears when he gave an unsuspecting 93-year-old man a truly unique surprise …

Santa was about his duties at a Christmas workshop in the mall when he spotted 93-year-old Bob Smiley alone by himself. He stopped what he was doing and immediately went over to pay homage to the WWII vet, getting down onto one knee and telling Bob exactly what he thought.

As Gina recalled on her Facebook page: “I hear Santa telling the gentleman, in a soft voice, of others he knew who served. He shakes his hand with genuine gratefulness, thanking him for his service and returns to the children. Best moment of my day.”

What’s more, Santa himself was interviewed by Fox 29. He said: “We owe a debt of gratitude to men like this, that have made such a life-changing decision to give up themselves, be willing to lay down their life even, for other people.”

Bob might be one of just a few WWII vets still alive, but he remains as upbeat as he ever was. He explained in his own interview that serving didn’t take any special courage on his part, it was simply what all boys of his age were expected to do when the war came.

Sure, there aren’t that many WWII vets anymore, but there remain vets in need wherever you look.