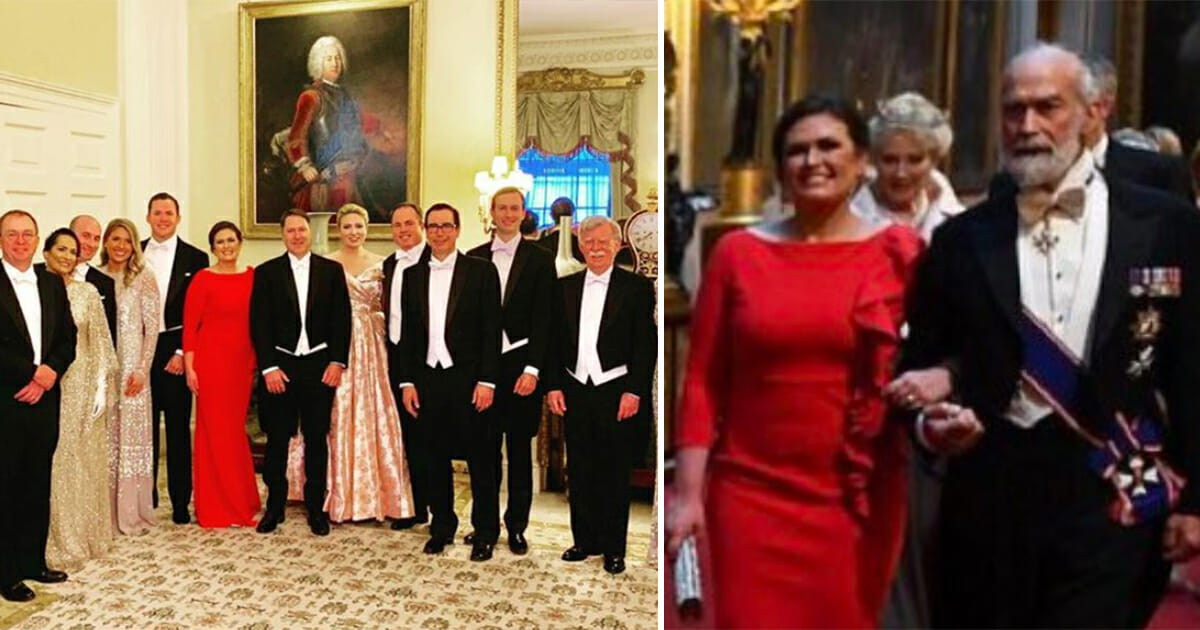 It hasn’t all been plain sailing for Sarah Sanders when it comes to her affiliation with President Donald Trump.

Only last year, on June 22, 2018, the White House press secretary was asked to leave the Red Hen restaurant in Lexington, Virginia as a result of her political allegiances.

And so it must have been with something resembling wholehearted satisfaction that she dined last Monday night with the Queen of England herself.

The press secretary was among those invited to a State Banquet hosted at Buckingham Palace along with Trump and his family.

The 36-year-old was escorted to the banquet by Queen Elizabeth’s first cousin, Prince Michael of Kent, this just a year on from being kicked out of a Red Hen restaurant in Lexington.

Sanders’ father, former Arkansas Governor Mike Huckabee, took to Twitter to share his thoughts on his daughter’s turn of fortunes.

I had @ChickfilA 2nite. My daughter @PressSec dined with the Queen and had 120 course meal. Life ain’t fair. pic.twitter.com/wuh0IdW17B

At the time of her expulsion from the Red Hen, Sanders said the establishment’s owner’s actions “say far more about her than about me. I always do my best to treat people, including those I disagree with, respectfully and will continue to do so.”

Indeed, it certainly casts doubts on the claims of her fiercest critics – those who accuse her of deceit and toxicity – when the queen of England herself is prepared to dine with Sanders. We hope she enjoyed her night in Buckingham Palace!

Are you a fan of President Trump and his press secretary Sarah Sanders? Let us know in the comments box below.

Meanwhile, share this article if you’re happy to see her rewarded for her hard work.