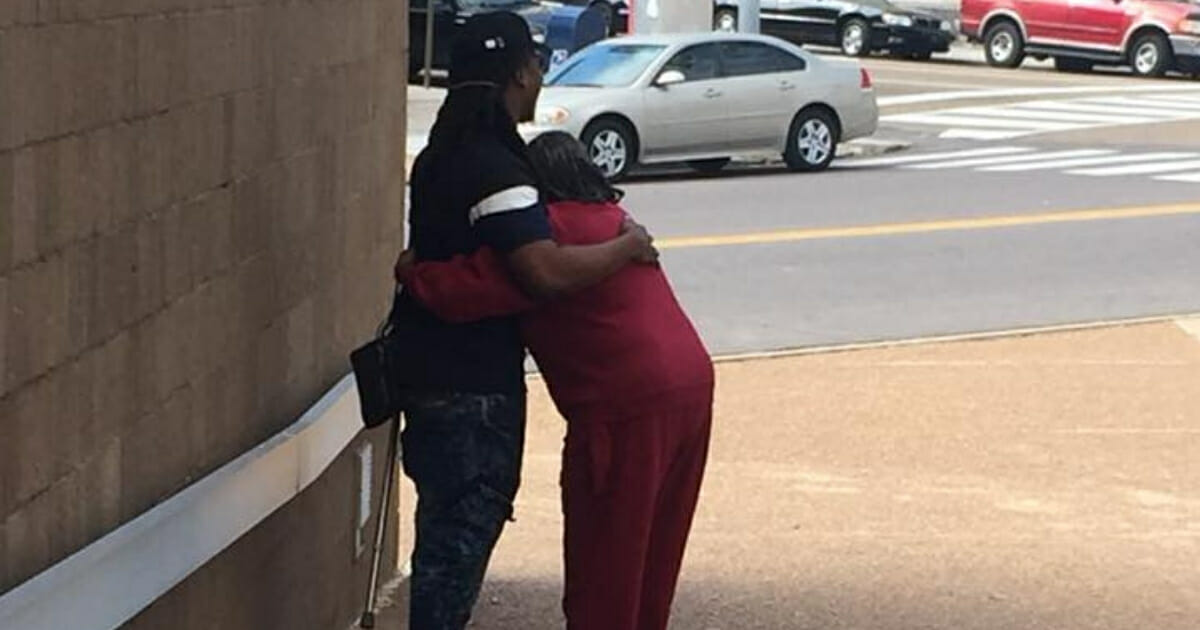 With the mainstream media intent on spreading stories of woe and strife every day, it’s no wonder that most content that goes viral focuses on kindness and compassion.

There’s something about reading good news that we can all connect with. The happiness resonates inside of us; it warms our hearts and restores some measure of faith in the human race.

Which is why it’s fantastic to be able to write about one man from Memphis, Tennessee, who’s become an internet hero for his actions towards an elderly woman recently. He didn’t know anyone was watching/documenting his behaviour, mind, he just knew what the right thing to do was … and so he did it without qualm.

As per a Facebook post from Local Memphis ABC 24, an act of genuine kindness occurred earlier this week outside the Criminal Justice Center in Shelby County.

The words ‘Criminal Justice Center’ might conjure a feeling of unease for some, and we can only presume it had the same effect on one elderly lady who came out of the building and needed to get to her car.

The problem was that she simply didn’t feel safe walking to her vehicle alone, let alone crossing the busy road without an escort.

According to the post in question, she “approached a young man, a stranger, and told him that she would buy his lunch if he would… walk her to her car.”

The offer was simple: A favor for a favor. Only, the young man wasn’t prepared to take anything off the woman; he was content with simply helping her without reward.

“He said, ‘Ma’am… I’ll be happy to walk you to your car and you save your money… you don’t need to buy me anything.”

From Local 24 News Reporter Tish Clark: I happened to witness an act of kindness outside the Criminal Justice Center…

The entire happening was witnessed by reporter Tish Clark, who was in the middle of working on another story. She said that the woman hugged the man to show her gratitude for his actions.

We don’t know about you, but we’re so happy this story was recorded and offered to the world. We could do with more young men like this one in the world; those who will happily go out of their way for others without wanting anything in return.

No good deed, no matter how small, is ever wasted.

If you think more people should act like the man in this story, and thereby bring goodness to the world, please share this article!