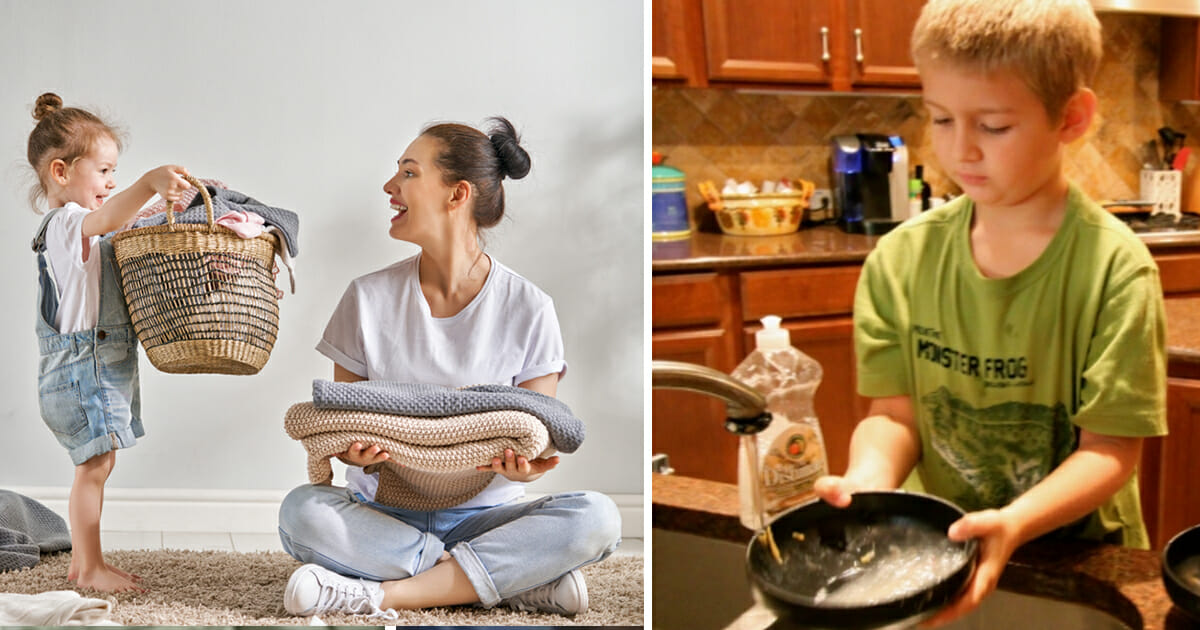 When I was a kid, my mum and dad set me to doing chores at an early age. In the beginning it was things like helping them with the washing up, or simply putting my own clothes away after they’d been washed.

That graduated to bigger things as I got older, and I quickly learned that if I wanted something from my parents it was a good idea not to complain. You see, I was taught  early on that nothing comes for free in this life, and it’s a lesson that’s served me well so far.

Of course, most of you will have experience in doing chores around the house, and a few of you may employ the same tactics with your own kids now.

If you did do chores, or indeed ensure your own kids do chores, I have some good news for you. According to studies done at the University of Mississippi, it can have a positive effect on their chances of success in later life.

Several experts have compiled studies on the issue at hand, and their findings are interesting to say the least.

Marty Rossmann of the University of Mississippi spent over 25 years collecting data to see whether chores done when a child is 3 or 4 could be beneficial when they were in their 20s, and the result was a resounding yes.

According to her report, children who helped with chores in their formative years were more likely to have successful careers as adults. On top of that, it reportedly gave them a better sense of empathy.

Perhaps more surprising, however, was the fact that the majority of adults don’t make their children perform chores around the house. As per a study conducted by Braun Research in 2014, only 28 percent of adults thought it was a good idea, with many of the opinion their kids were already too busy.

It would appear that it’s not a good idea to permit your offspring to skip a little work now and then, though.

Nicholas Long, director of the Center for Effective Parenting at Arkansas Children’s Hospital, said: “As we become more prosperous as a society, we have expected less and less of our children.

“What’s happening is that we’re sending them off to college and they don’t know how to wash their clothes, cook a meal, sometimes even basic things like how to change a lightbulb, because we do everything for our children too often.”

So, there you have it: certainly something to consider the next time you’re doubting whether to give your children chores or not.

Did you do chores as a child? Do you believe in giving your own children chores? Let us know in the comments box!

Meanwhile, share this article on Facebook if you think that children should do chores as a means of learning respect and the ways of the world.