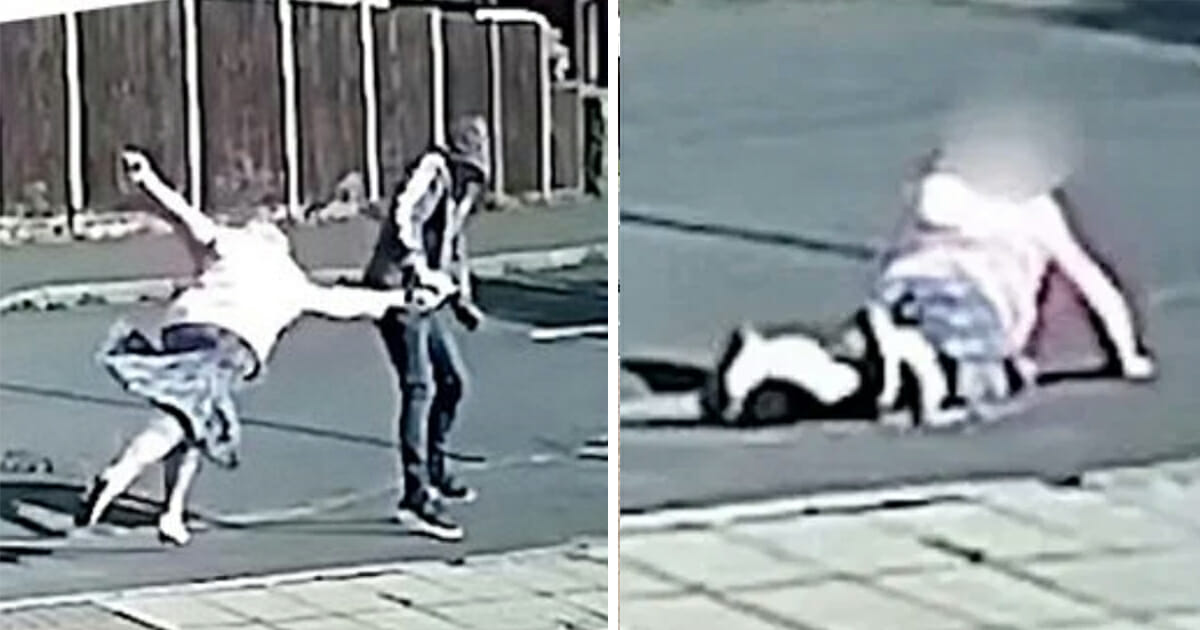 Though we all know by now that the world is full of people willing to do bad things, each day I find myself surprised anew with the sheer depths of depravity some can sink do.

Police in the town of Kettering, UK, have this week been on the hunt for a thug who was caught on camera robbing a 79-year-old woman and running off with her bag.

According to reports, the victim was left with a broken arm after trying to cling onto her bag. The assailant dragged her so hard that she was lifted off her feet and pulled to the ground with force.

Police have obtained CCTV footage of the incident, which took place on Sunday afternoon.

Speaking on the clip, which has since gone viral on social media, Detective Constable Paul Bates said: “Many people will be shocked by the CCTV footage we have released today and rightly so.

“This lady, like everyone else, should be able to go about her business and feel safe. ‘Her attacker has taken that feeling of safety away from her and it is imperative that he is identified and brought to justice.”

Having been uploaded to Facebook, footage from a nearby CCTV camera didn’t take long to create a noteworthy buzz. Thousands of people shared the clip, and Metro say the police are hoping the man responsible is arrested soon.

I just don’t understand how some people can be so callous and cruel. This wasn’t a split-second error of judgement, this wasn’t a crime committed with a view to serving some morally right bigger picture.

This 79-year-old lady will now live in fear thanks to the act of one selfish individual who simply tried to take what he wanted without thought to who it might hurt.