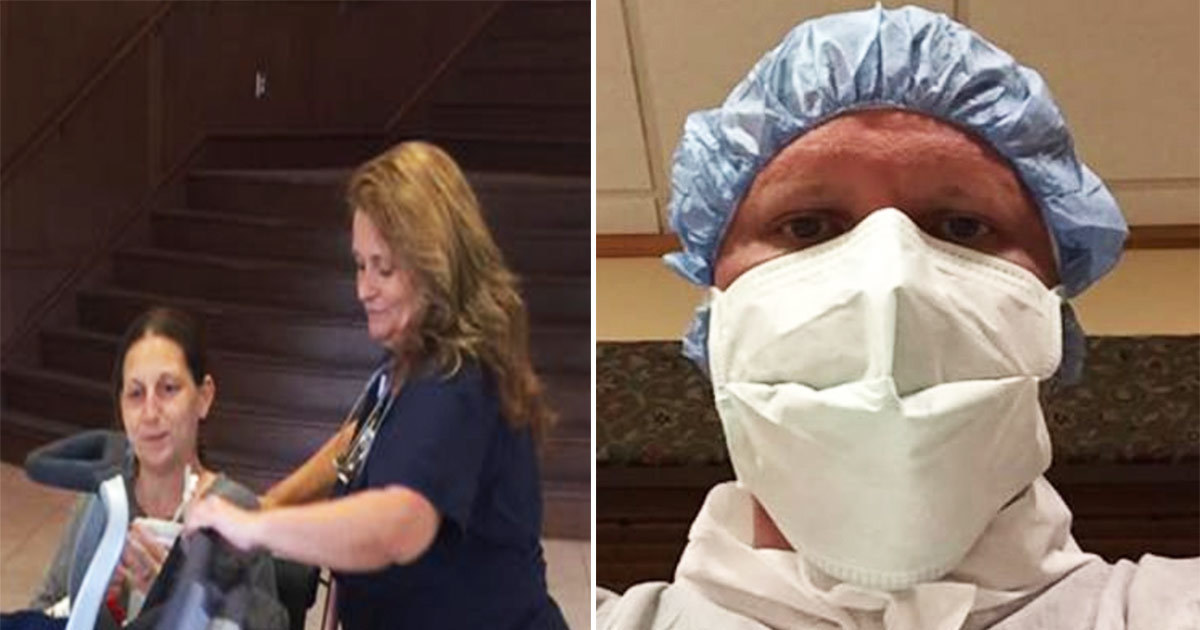 As a hypochondriac, I often worry I have some rare condition that I’ve read about on the internet. But when I actually visit a doctor, I’m either not sick or have a common and easily treatable illness.

But when this woman rushed to the hospital with her husband because she thought were kidney stones, her doctor had an entirely different explanation for her intense pain.

One evening last week, Stephanie called her husband, Michael, in a panic. She was experiencing acute pain and she thought she had kidney stones. She and her husband rushed to the emergency room, but once there, the ER department wouldn’t admit her. And instead, they sent her to an entirely different department.

Stephanie was rushed to the maternity ward. Because, although she never suspected she was pregnant, Stephanie had been carrying her fourth child. She and Michael were astounded when they learned the truth—and they were even more shocked by what the doctor said next.

Not only was Stephanie going to give birth—she was going to have her baby in about half an hour. And sure enough, baby Shaun was soon in his mother’s arms.

A few months earlier, Stephanie was diagnosed with early menopause. And Sean was in breech position in the womb and couldn’t move, which explains why she didn’t know that she was carrying her youngest child. Additionally, Stephanie’s menstruation continued during her pregnancy, which doctors say is extremely rare but does happen.

“I can’t even begin to explain to you guys the range of emotions we’ve experienced over the last 12 hours. I went from googling “kidney stone treatments” to a panic attack over the fact that not only were we pregnant, but the baby was coming within the hour. Most parents have a good 9+ months to plan for such a blessing, we had 30 minutes notice,” her husband, Michael, wrote on Facebook.

Please share this article with your friends on Facebook if you also think that little Shaun’s birth is a true miracle.