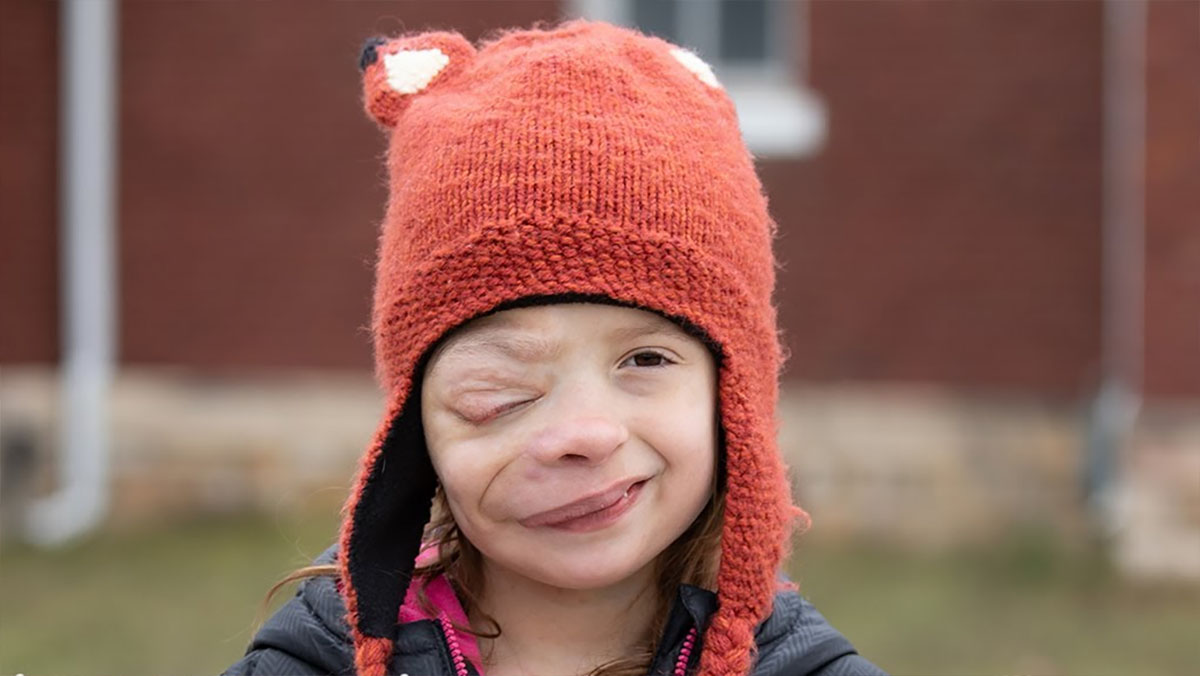 With some people it doesn’t matter what obstacles are put in their way, you cannot keep them down.

One 10-year-old girl is the epitome of positivity despite the circumstances she was dealt with at birth.

Autumn was born with benign tumors growing on her nerves, one of which grows on the right side of her face and branches into her brain. Over time this inoperable tumor has grown so big it’s pulled her eye, to the point she couldn’t see.

Doctors diagnosed her with the genetic condition neurofibromatosis type 1, (NF1) when she was 6 months old.

The condition also causes abnormal skin pigmentation in the youngster from Lawrence, Kansas.

Autumn is such a regular at the doctor’s office she now can take her own blood pressure. But this isn’t the only life experience she’s has to get used to because of her condition, she’s also teased.

“We’ve had people call her the hunchback of Notre Dame and elephant man,” mom Lindsay says.

“She has tons of birthmarks; she calls them her angel kisses.

“She’s gone through phases where people have made fun of her, but she doesn’t let it affect her as much as I think it should. There’s a lot of pointing and ‘why do you look that way.'”

Mom Lindsay says her big sister Riley gets more upset than she does.

Autumn is on daily medication to shrink her tumor, and Lindsay says she has seen a lot of progress despite the lack of medical case studies about NF1. If her tumors continued to grow it could cause Autumn to have a stroke, she could die, her mom explained.

‘Positive attitude with everything’

The now 10-year-old has remained so courageous despite the obstacles, her parents are proud of her attitude.

“She’s extremely unique, and we love her for it, she’s super social, very independent, she knows what she wants and she’s not going to let anyone stop her,” her mom said.

“I’m lucky that she is the way she is, she just accepts herself and has a positive attitude with everything.”

We can all take inspiration from Autumn, she’s an incredible youngster.

Help us commend Autumn for her amazing attitude by sharing her story.