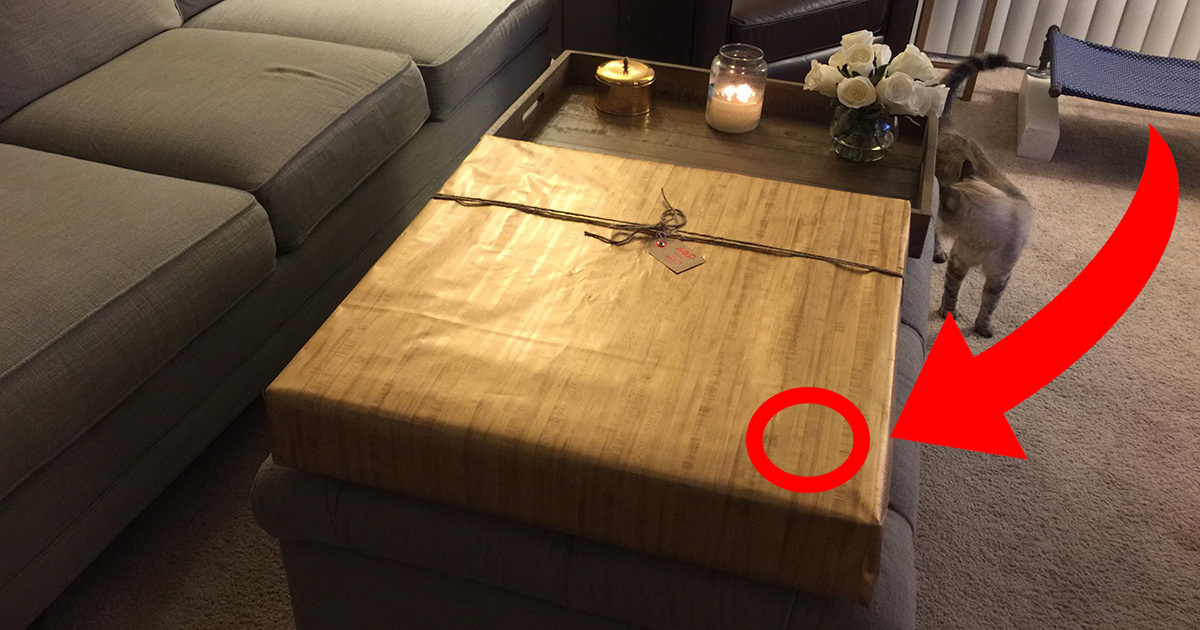 Justin and his girlfriend, Michal, have always loved playing Monopoly. They had created a homemade game board in the past, but after a few years it was worn out. It was time for Justin to take a momentous, special step forward in his life with Michal. So he began plotting a special gift to surprise her with. He waited until Christmas Eve to present his beloved Michal with his very special gift. And as you’ll discover it was something really, very unique. Like, for example, a new, life-size Monopoly game… with an incredible gift inside.

This monopoly game was custom built, but inspired from the original.

First, Justin created the playing cards on an Excel speadsheet.

He printed the cards out on extra hard paper for good durability.

Most of the cards are standard from the classic game, but a few were brand new…

Giving this version of Monopoly a fun, modern twist.

He built the board from recycled wood.

He then reproduced the game’s classic design, using paint to recreate various colors and shapes directly on the table.

The houses and hotels were painted in a metallic hue to give it a neater look.

The finished result is just remarkable.

He named the stations on his board game after actual places that had a special meaning for them. Such as match.com, where the two first met.

And this location, where they had their first date.

Instead of listing the classic railway stations, he named the tiles after the places they’d traveled to together during various holidays.

He also included the streets where they each grew up…

… And the streets they lived on together.

He also included some of their favorite areas of California.

… As well as those in Maui.

The game pieces rest handsomely on this attractive case and feature some new, more romantic figures than in the original game.

He wrapped the entire board and it was ready to be opened on Christmas Eve.

And this card does not exist in the original game:)

And when you land on “luxury tax”, there’s a secret ‘door’.

I think this is what you might call a well-executed marriage proposal!

This is not something I could ever have personally have put together! What an incredibly impressive job by Justin. I couldn’t help but share his amazing project. Feel free to do the same if you were as impressed!