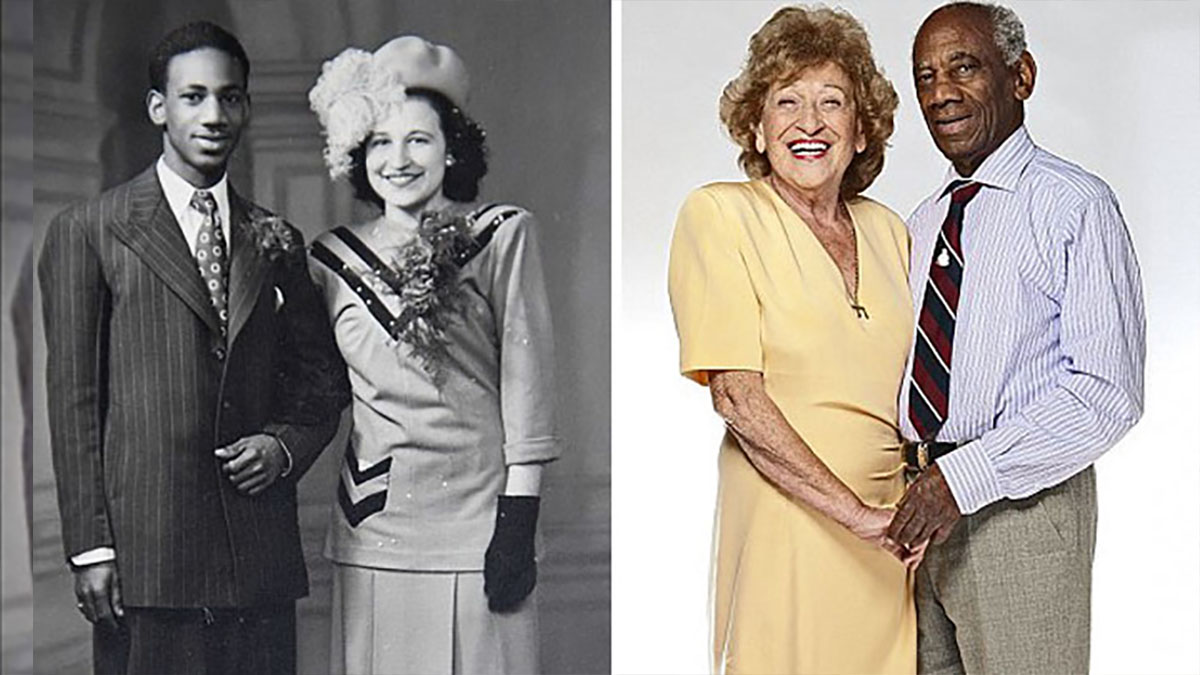 Last year Jake and Mary Jacobs celebrated 70 years of wedded bliss but this couple have overcome all the obstacles to reach such a marriage milestone.

When Mary, who is White, met Jake, who is Black, it was 1940s Britain and although they were living in a city, Jake was one of very few black men.

It would have been easy for Mary to walk away but she had fallen in love and would do anything she could to stay with her love, even after her father told her to leave.

“When I told my father I was going to marry Jake he said, ‘If you marry that man you will never set foot in this house again.'”

The couple had met when Jake came over from Trinidad during the war and they had attended the same technical college where Mary was having typing and shorthand lessons and he was training with the Air Force.

Mary, who lived in Lancashire at the time, and Jake got chatting and he impressed Mary with his knowledge of Shakespeare.

He and his friend invited Mary and her friend out for a picnic and they were spotted by a lady cycling past who was shocked to see two English girls chatting with black men so she reported Mary to her father. Her father was shocked and banned Mary from seeing him again.

When Jake returned to Trinidad they wrote to each other and a few years later he returned to the U.K. to get better paid work.

Jake surprised Mary by asking her to marry him; she was 19 years old and accepted but when she told her family they threw her out.

“I left with only one small suitcase to my name. No family came to our registry office wedding in 1948.”

Mary said while her father was ‘horrified’ that she could contemplate marrying a black man she didn’t realize that the rest of society felt the same way.

“The first years of our marriage living in Birmingham were hell — I cried every day, and barely ate. No one would speak to us, we couldn’t find anywhere to live because no one would rent to a black man, and we had no money.”

Even walking down the street together was difficult as people would point at them, Mary told the Daily Mail.

Mary fell pregnant and the couple enjoyed the excitement of knowing they would soon become parents but at 8 months she gave birth to a stillborn child.

“It wasn’t related to the stress I was under but it broke my heart, and we never had any more children,” she said.

Their lives did get easier with Mary working as a teacher and rising to assistant principle of a British school and Jake securing a job with the Post Office. They made new friends but Mary said she felt the need to explain to people that her husband was black before she introduced them to him.

“My father died when I was 30 and although we were reconciled by then, he never did approve of Jake,” she said.

Today 84-year-old Mary and Jake who is 89 years old live in the town of Solihull just south of Birmingham and recently celebrated 70 years of marriage.

Jake says he has no regrets but tells young black people today they have no idea what it used to be like for him in 1940s Britain.

‘Subjected to abuse every day’

“When I arrived in the U.K. I was subjected to abuse every day. Once I was on a bus and a man rubbed his hands on my neck and said: ‘I wanted to see if the dirt would come off.

“And back then you couldn’t work in an office — because a black man in an office with all the white girls wasn’t thought to be safe.”

Despite all the hardships, prejudice and abuse the couple are still very much in love and have no regrets about marrying, enjoying over 70 years of wedded bliss.

The love these two have for each other really has conquered all; they are a true inspiration and I wish them many more years of happiness.