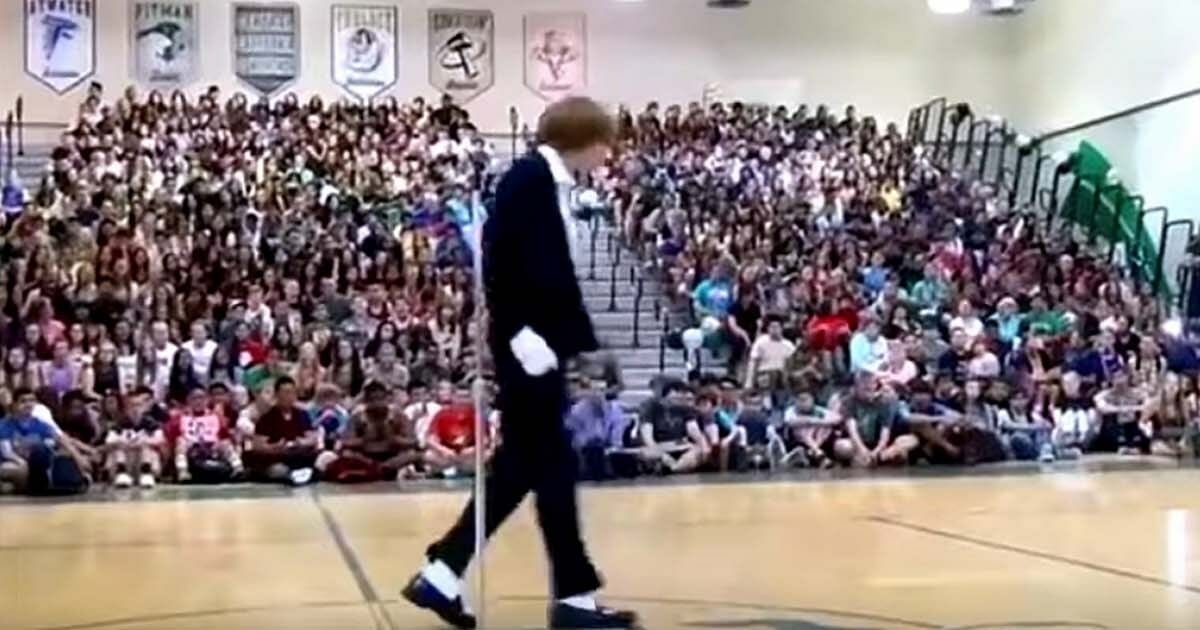 Michael Jackson is remembered for a lot of things, but above all else it was his talent as a performer that truly marks his legacy.

His singing ability, his revolutionary dance moves … both contributed to his rise to superstardom and the well-deserved nickname of “The King of Pop”.

Jackson showcased many iconic looks over the years, with each outfit giving a nod to his signature style. We all remember the red and black leather jacket from the “Thriller” video, and how about the sharp black and white ensemble from “Billie Jean”?

Of course, these days people dressing up as Michael Jackson for fancy-dress parties and the like is a common trend, but it takes someone truly special to impersonate his talent to an acceptable standard. One teen has shown that not only can he wear the suit, but he can dance like “The King of Pop” …

Brett Nichols might look like your average high school student, but he’s anything but. He’d signed up to perform in his school’s talent show, and on the day of the show the bleachers were packed.

Now, Brett’s just a teenager, and although he looks a bit shy when he shuffles out on the floor, underneath it all he’s hiding an exceptional ability.

When Michael Jackson’s “Billie Jean” starts, he shocks everyone in the audience with his imitation. YouTube / OpenMic CrewIt turns out Brett is a gifted dance; a notion he makes clear for all as he performs the complicated dance routine expertly. Just wait until you see him moonwalk!

Brett has been featured on television several times and has also traveled the world and performed with a Michael Jackson cover band.

Safe to say, this young man has certainly found his true calling.

Michael Jackson may have passed away, but he will always remain an inspiration …

If you were impressed by Brett’s performance, share this article on Facebook to show all your friends and family.