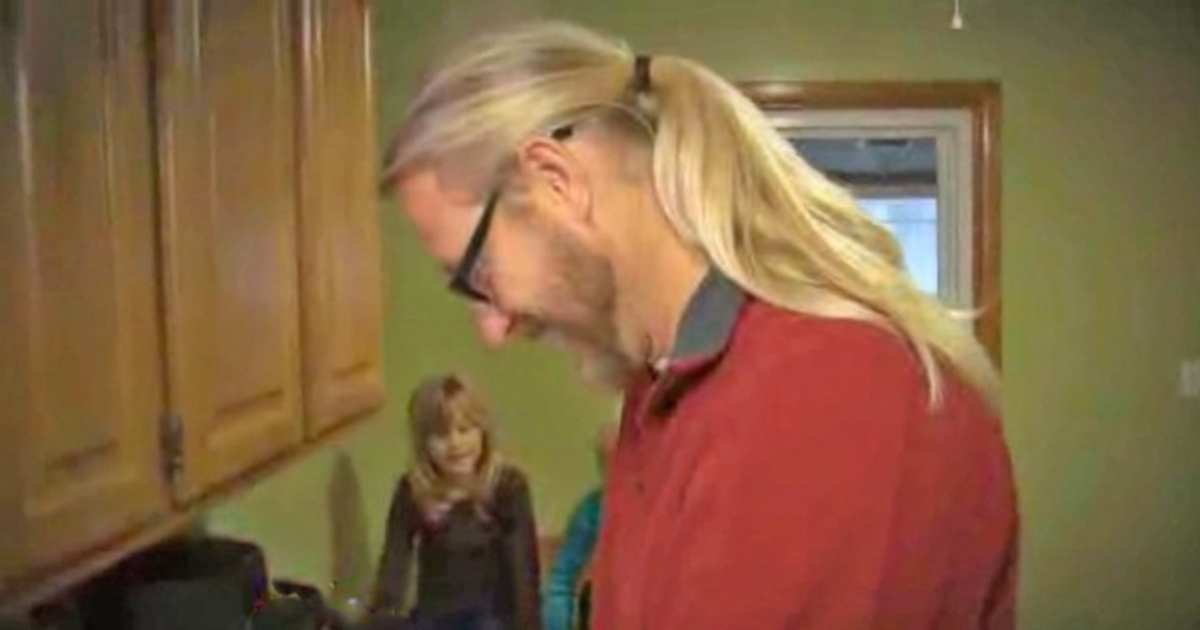 Bret is a single father who has not cut his hair in four years. The father of two lost his gusto for life after a difficult divorce and he now devotes all his spare time to raise his little girls.

His appearance was thus the least of his concerns amidst all the life changes.

Bret’s mother was worried about him. Since his son wasn’t keen on making any move about his hair himself, she decided to write to the “Rachel Ray Show”, requesting a special makeover to cheer up her son.

The popular program conceded and Bret’s two daughters, Samantha and Madison, were the honored two that would start cutting off their dad’s long hair.

And makeover it truly was! Brent is like a brand new man after this! The hope is for Bret’s new look to help him regain some confidence and start dating again.

And I have a feeling he won’t have a hard time with the ladies… “You seriously look like a movie star!”, Rachel says.

Sure, makeovers tend to focus much on the superficial, but at the same time, it’s no secret that when we feel good on the outside, we tend to feel better on the inside.

Please share further if you wish Bret luck in life, he really seems to be a great man!