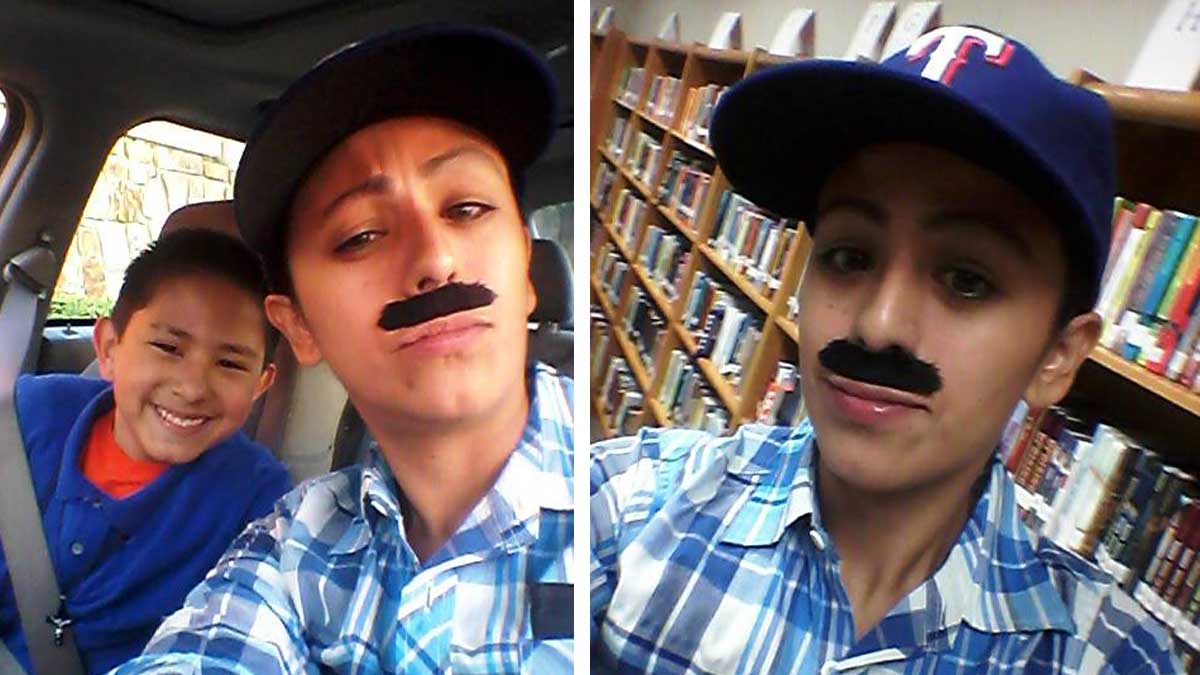 Now that school has started it won’t be long until parents are invited into their children’s classrooms for students to show off their wide variety of talents or throw little parties to mark special occasions.

And while many love these types of events, they don’t always take into account the dynamics of every student’s family.

Yevette Vasquez was dropping her 12-year-old son off at school in 2016 when she noticed the parking lot was a little more crowded than usual. She questioned her son to which he replied, “No, don’t worry. It’s just Donuts With Dad.”

Vasquez didn’t worry, instead she quickly drove back home where she did her best to transform into a father and returned to school to attend her son’s Donuts with Dad event.

The single mom from Fort Worth, Texas shared the photos of her and her then 12-year-old son Elijah on Facebook where they went viral for all the right reasons.

Elijah initially told his mom not to worry about the special event, but when Vasquez joked that she would have dressed up like a man, she said her son’s was intrigued by the idea.

“I told him, ‘How come you didn’t tell me?’ and joked I could’ve dressed up as a man for him,” she told ABC News.

After realizing how excited her son was, she rushed home so she could change her clothes.

She returned to her son’s school just in time, and this time she wore a button-down shirt, baseball hat, and a fake mustache.

The two proudly walked into school where they were greeted with cheers from the other fathers in attendance.

But perhaps the best part was Elijah’s reaction.

“Elijah was just smiling really big. It was a lot of fun, and of course, we got doughnuts.”

“I know seeing other dads with [their] kids isn’t easy for mine but [it’s] life,” Vasquez wrote on Facebook. “[A]t least I can do whatever it takes to put a smile on that face.”

While some took to saying that schools shouldn’t have events that are for specific parents, Vasquez said she didn’t agree.

“I know some people are saying that they shouldn’t have a specific Donuts With Dad day because kids without parents feel left out, and I do get that,” she said. “But I feel they don’t have to take the day away. I think it’s nice the school celebrates fathers who are there for their children, and they also have a day with moms, Muffins With Mom.”

As a single parent Vasquez said she’s doing her best to raise her three children.

“My three boys are my loves, and I hope I can raise them to be amazing men, fathers and husbands, even without a father figure example for them.”