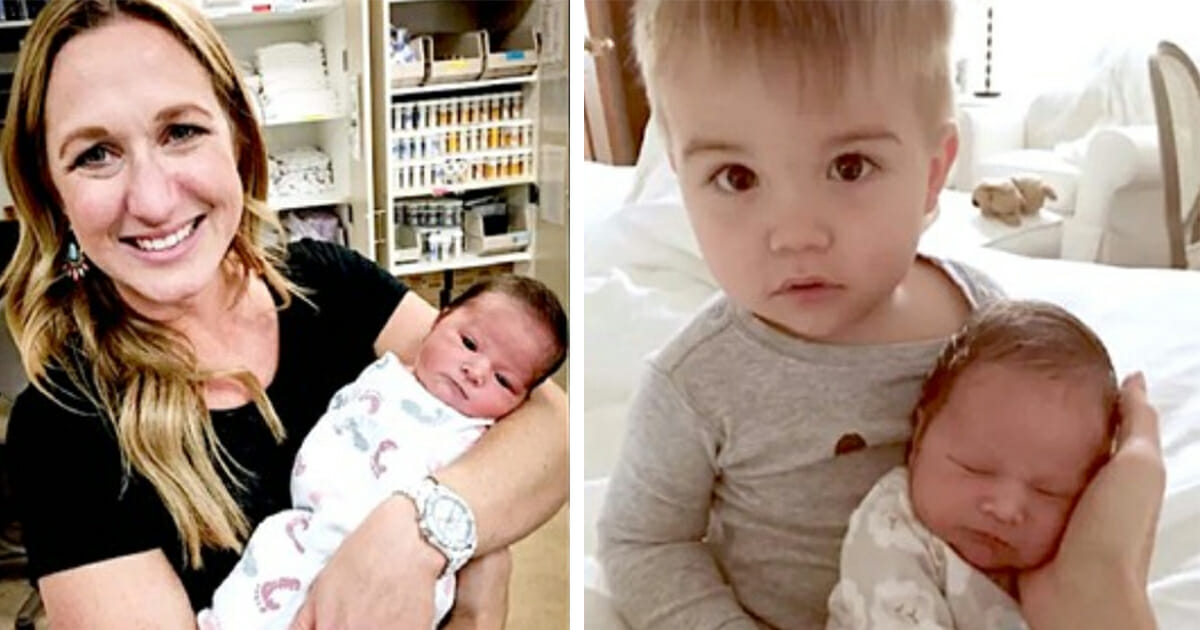 When Katie Page’s marriage ended in her early 30s, she decided she was going to grab her life by the horns and steer it in a new direction.

Part of that entailed moving to a new home in Colorado, where she changed her career path. It was also there that she decided to undertake a truly honorable act; fostering a child.

As per her own blog, Katie had struggled with fertility issues in the past, and had always toyed with the idea of adopting.

So it was that in 2016, Katie heard from a caseworker about a 4-day-old baby boy who had been dropped off at a local hospital. He didn’t even have a name.

Katie saw this as a sign and took the big step towards adoption. She fostered the baby – who she named Grayson – for almost 12 months, after which a court terminated his birth parents’ rights. This enabled Katie to gain full custody of the boy and she went on to legally adopt him 11 months to the day after he was born.

The whole process confirmed to Katie that she truly enjoyed being a mother, and so she decided she wanted to adopt again. The plan was to wait a couple of years so that she and Grayson would be settled in their new life together.

And yet, as fate would have it, another caseworker called her just one month after she had adopted Grayson. A newborn baby girl had been dropped off at the same hospital … and she was in need of immediate placement.

“I know over the next 10 minutes and subsequent phone calls I made that afternoon, the phrase ‘I know I am crazy, but God is telling me to say ‘YES’ kept coming out of my mouth,” she explaned.

Mere hours later, the baby girl – named Hannah – was dropped off at Katie’s house. It was then that Katie looked closer at the hospital bracelet and came upon a jaw-dropping realization: her birth mother’s name was the same one as had been on Grayson’s bracelet.

Katie decided to explore the coincidence, going on to discover that the birth mom shared the same birthday as Grayson’s birth mom.

Writing on her blog at the time, Katie said: “Grayson is half African American with beautiful darker skin and dark curly hair. Baby Girl has a pale white skin tone with straight red-blonde hair.”

After tracking down Hannah’s birth mother, she was able to connect the dots. A DNA test confirmed that Grayson and Hannah were biological half-siblings!

“I could not believe the miracle that had just happened.”

In December, 2018, Katie formally adopted Hannah into her family.

“That day I said ‘Yes’ to taking the Baby Girl I felt the strangest feeling ever,” she explained. “I don’t think I had truly until that moment felt a undeniable calling from God (or whatever higher spirit you personally might believe in).

Wow! A truly heartwarming story. Katie, you’re an inspiration, and I have no doubt you’ll prove to be a fantastic mother to these children.

I don’t know about you, but I can’t help but think these things happen for a reason.

Share this article if you think the Lord had plans for these two precious babies, and to thank Katie for her actions!