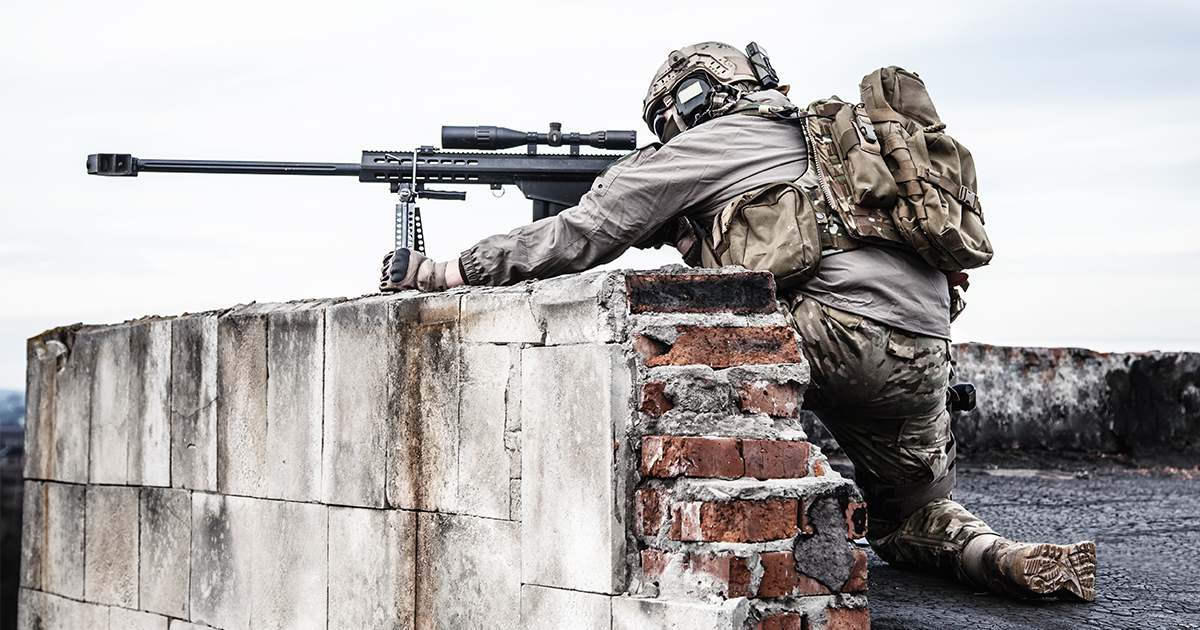 A British sniper has killed five terrorists in Syria with one shot from his gun, according to reports.

The unnamed SAS sergeant fired into a jihadi suicide bomber’s chests causing the suicide bomb to detonate also killing four others including a top commander in Syria.

According to the Mirror newspaper the marksman, who was a sergeant with 20 years of experience, killed the suicide bomber from almost 3,000 ft away.

Using the military’s most powerful gun, a .50 caliber rifle, he killed a top commander and was given a commemorative baseball cap by his colleagues for his achievement, according to the Daily Star.

SAS troops had been working with Kurdish fighters to find an ISIS unit responsible for attacks on villages, according to the Mirror report.

The attack happened in November during a ‘kill or capture’ mission, with the SAS fighting the Islamic State.

An SAS team had been watching a suspected ISIS bomb factory when five men left the building.

“The plan at that stage was to drop the suicide bomber with the first shot and then the leader if they felt they could identify him. But we got lucky,” according to the British newspaper the Mirror citing a source.

“The target was at the maximum range. The sniper adjusted for the wind, aimed and gently squeezed the trigger.

“He waited for the target to drop but instead the guy exploded.”

“When the dust settled there were four bodies lying around.”

The source added that when the SAS team had returned to base with the sniper he was given a baseball cap with the words “Long Range Death” on it.

Lets hope this man is rewarded properly for risking his life and taking out these five very dangerous men. Please share if you agree.