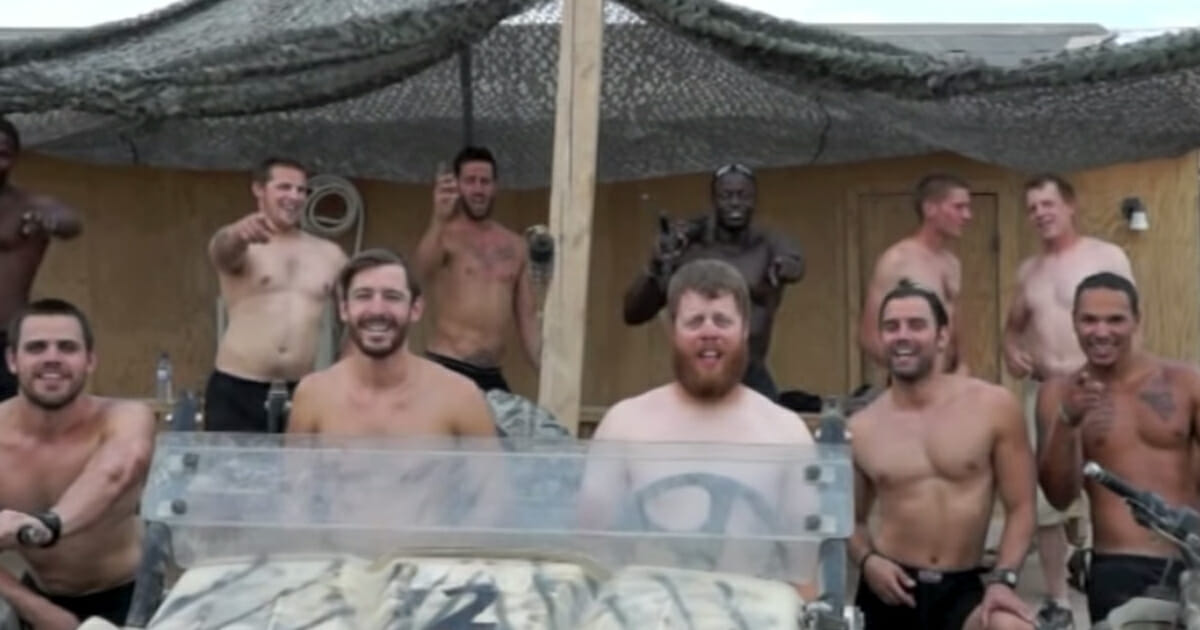 Unless you slept through the entirety of 2012, you’ll have certainly heard Carly Rae Jepson’s hit Call Me Maybe before.

It’s energetic, upbeat and so catchy that it became a worldwide sensation almost overnight. Part of its success has to be put down to the fact that it can turn a bad mood into a good mood in a matter of seconds.

Don’t believe us? Perhaps you will after seeing a group of soldiers performing a dance to the tune that has achieved viral fame of its own …

When a group of servicemen deployed overseas saw a video of the Miami Dolphins cheerleading squad dancing to Call Me Maybe, they decided to have some fun of their own.

After all, who can blame them? Theirs is arguably one of the most stressful jobs in the world, so we can forgive them cutting loose every once in a while.

Turns out, that’s exactly what they did. They managed to recreate each scene with hilarious improvisation, despite lacking most of the necessary resources.

In fact, the video proved to be such a hit that it’s gone viral, with many praising the soldiers’ ability to cheer people up in the midst of a war zone.

Needless to say, soldiers don’t have it easy. Whilst away, they miss events, parties, celebrations and memorable occasions with friends and family, all so they can ply their trade in dangerous and often traumatic situations.

We certainly won’t begrudge them having a little bit of fun when they get the chance. On the contrary, we hope everyone sees the benefit in it!

Watch the hilarious video in question below:

We don’t know about you, but we’re willing to give these soldiers a solid A for the effort!