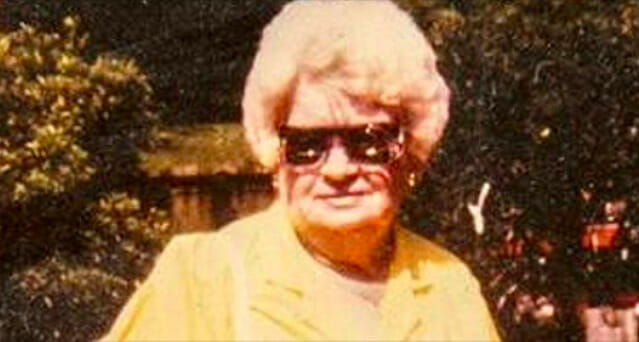 63-year-old Johnny Dorroh’s mom, Susan, was a very organized and meticulous woman. Unlike so many of us, she never waited until the last second to pick up all her Christmas gifts, even starting her shopping as early as August.

So when she ran off every single Christmas Eve day for as long as he could remember, she left the whole family rather confused. She would simply mutter something under her breath about having ‘errands to run’ and off she went.

Robert turned out to be a former coworker of his mom. But as John read his letter, he quickly understood that his mom and Robert were more than just colleagues.

Sue would disappear like clockwork every single Christmas Eve without fail — but would also promptly return just a few hours later, so the family had just overlooked it.

But it turned out that Sue had been hiding a big secret from her family.

It turned out that Sue was completing a very important mission every Christmas — and that it had to be done exactly on that day: she would visit Robert’s house, dressed as Mrs. Claus, and give his children presents they couldn’t afford!

“Dear Johnny, I just wanted you to know how much my family and I appreciate what your mother has done for us for all of these years. Every year on Christmas Eve day your mom comes to my house dress like Mrs. Claus and gives my kids a Christmas that we can’t afford to give them. She has given them shoes, shirts, jeans, toys, and candy.”

Indeed, Sue wasn’t the average human being — her huge heart appeared to come straight from heaven. She’d been doing this for Robert’s family year after year, bringing joy to their children until the end of her days.

“I know your heart is heavy and that you are missing Miss Sue,” Robert added in his letter. “We do, too. We loved her and just wanted you to know what she has done for us. Love, Robert and Nellie and the kids.”

Johnny couldn’t believe what he was reading. He’d always known that his mother was a wonderful woman, but had no idea she’d kept this precious secret all to herself, and for all those years.

In fact, Johnny realized just how much he’d been in the presence of an angel all those years.

While Sue had clearly kept her secret close to her heart as to avoid any special recognition or praise, Johnny decided that following her death it was important to share her story.

He wrote it up in the form of a short story entitled “Mom’s Secret Mission” and submitted it to the popular book series “Chicken Soup for the Soul”, where it has since been published in a special Christmas edition.

Hear more from Johnny about his angel of a mom in the video below.

I’m so glad that Sue’s secret is out in the open and that she is getting the recognition that she deserves! Share if this angel on earth warmed your heart, too!